There's a rather large spoiler for The Martian below, but it's the one that Neil deGrasse Tyson doled out last night to his 4.3 million followers so there's a chance you've already seen it. Proceed at your own risk, etc.

For being a brilliant science guy, Neil deGrasse Tyson can be kind of a dick: 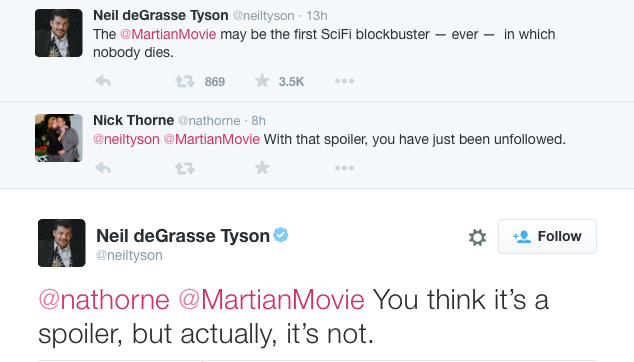 No, dude. That's a spoiler. Literally every bit of tension in the movie is derived from the chance of someone—either Mark Watney on the ground or the space crew that comes back to Mars to save him—dying. Without the chance of death there is no drama. Without the looming specter of his demise, Watney wouldn't have to "science the shit out of this." It is not only clearly a spoiler, you're kind of a dick for spoiler-denying. Take your shaming and move on.

Anyway, Tyson's bout of a-holery prompted folks on Twitter to start suggesting other great sci-fi movies in which no one died. The list is (a little) longer than you'd think. A common theme throughout them, however, is that many of the movies would've been better if someone actually had died. So allow me to present a list of sci-fi movies in which no one died—but someone probably should've. 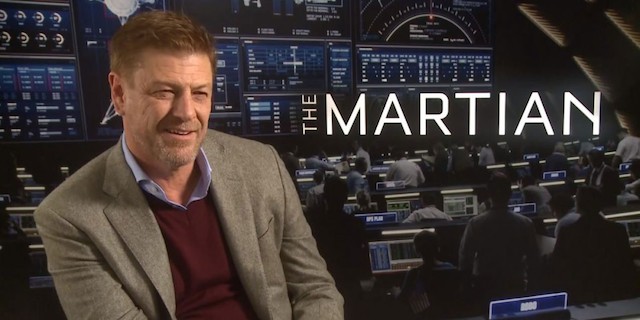 Fun fact: Sean Bean is in The Martian. Strange fact: he doesn't die in it. Weird, right? Anyway, there would've been an easy, fun way to fix the "no one dies in The Martian problem" that would've served as a nice little wink to all of us Beaniacs out there. The film closes with a montage of the characters from the film two years later—they are working on new missions or teaching in schools or giving birth. Instead of showing Sean Bean in retirement, playing with his kids, they should've inserted a lonely shot of Sean Bean's grave.

Because Sean Bean always dies. That's the way the universe works. It's science.

Back to the Future

It is, apparently, unclear if the Libyans survived the crash into the photo both at the Lone Pine Mall. But Doc Brown should not have left anything up to chance: after reconnecting with Marty, the two should've double-tapped each of those terrorist scumbags. It would've tied up one of the film's only loose ends whilst also offering Marty a chance for a good one-liner: "I guess you've got no future to go back to!" [He and the Doc high five, grab a beer]

Close Encounters of the Third Kind

Close Encounters of the Third Kind is a great movie, undoubtedly. But Steven Spielberg really missed a chance to set up a sequel when he simply had the humans go on the alien space ship. We should've seen what happened next: the vivisection of Richard Dreyfuss by a bunch of creepy midget grays. This way we, the audience, knows what's up, but the aliens can launch a sneak attack and take us unawares in Close Encounters of the Fourth Kind: This Time It's Personal.

Basically, I guess what I'm saying is that Close Encounters should be considered an unofficial prequel of Independence Day, a movie that is far superior because many, many people die in it. 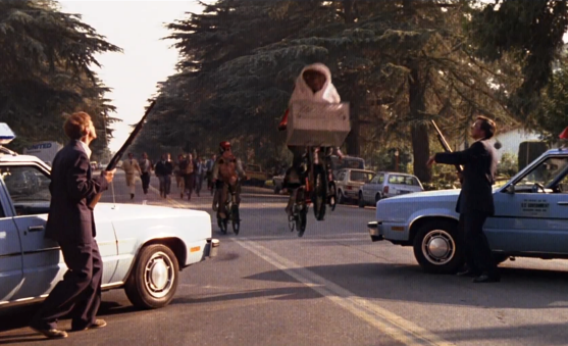 Everyone is, of course, familiar with the fact that Steven Spielberg replaced the guns of the cops in a remastered edition of E.T.: The Extra Terrestrial with walkie talkies. This was roundly derided—and for good reason, because it was stupid. What Spielberg actually should have done in the special edition was have E.T. use his alien powers to blow up the heads of all the cops, Scanners-style. That's a much better lesson about the evilness of guns, don't you think? 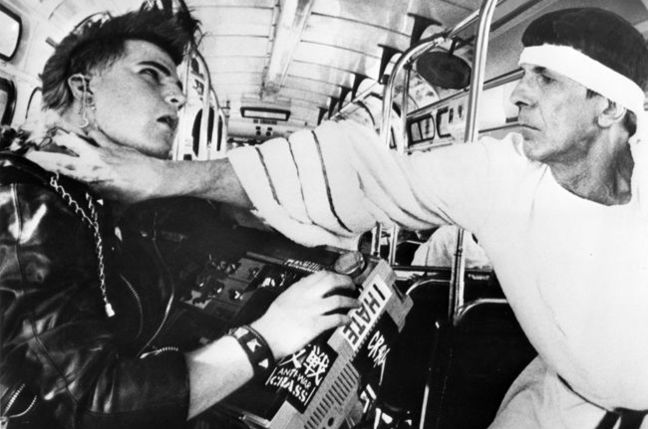 Frankly, there are a LOT of missed murder moments in The Voyage Home. The crew of the Enterprise should have blown up those whalers at the end of the film, for instance. But the most glaring and annoying failure to kill someone on screen is when Spock uses the Vulcan nerve punch on the annoying punk on the bus. Instead of subduing him with minimal violence, Spock should've snapped that bully's neck as a lesson to others about proper bus etiquette.