As Washington was mired in partisan gridlock thicker than a Beltway summer and the fate of the country’s domestic and foreign credibility tilted closer to oblivion, D.C.’s young "elite" took time to fete the D.C. launch of New York-based dating website Sparkology at George in Georgetown.

"If you look at a typical bar scene, the loudest and douchiest guy always wins. Nice guys finish last," said founder Alex Furmansky. "The goal of Sparkology is to bring the nice guys and nice girls together. Mass-market sites feel like a big bar where everyone's shouting. On Sparkology, women are not bombarded with message spam. Instead, messages feel more special, like a gift."

Because nowhere in Washington screens out d-bags like George. Here's a sample night at George: 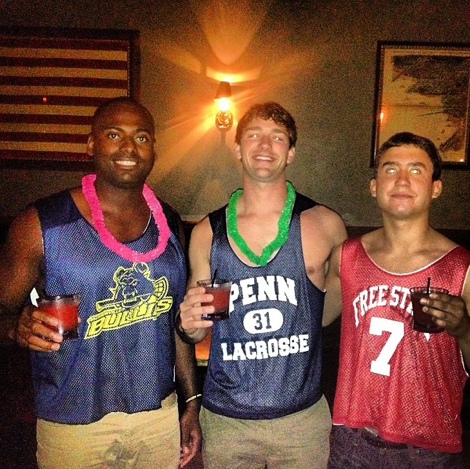 By the look of these photos, elites drink Bud Lights just like the rest of us unclean "non-elites." For these lucky ladies, last night’s gift was MSNBC boy toy Luke Russert. 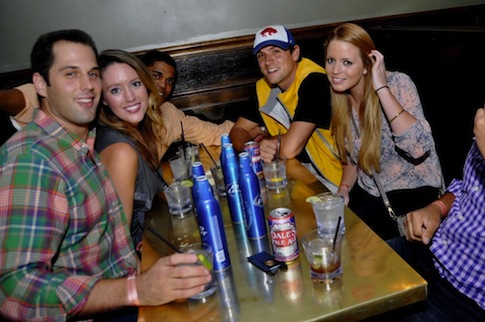 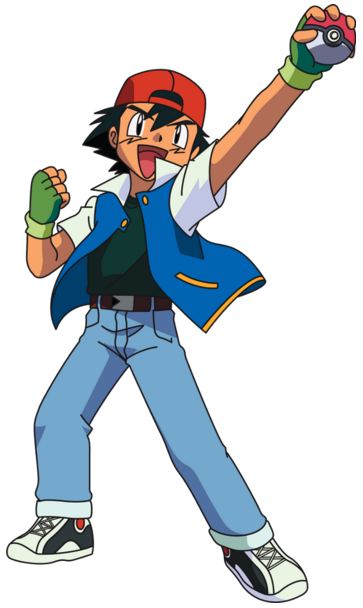 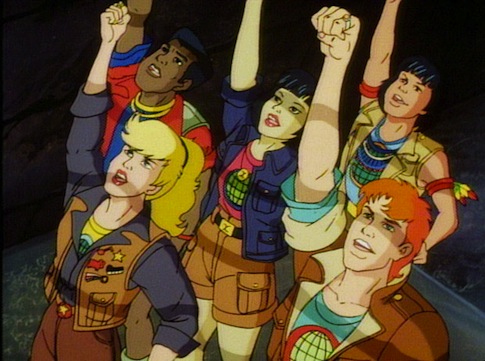 Rocking his throwback Buffalo Bill cap and highlighter yellow vest, Russert ditched the official Bills-sanctioned bar Laughing Man Tavern to chat it up with fellow one-percenters at George, where they probably opined on Russert’s favorite book, The Israel Lobby, and spoke on pressing matters such as who is going to be booked first on Alec Baldwin’s new MSNBC show.

Elites love them some Jack Donaghy.

Sparkology differs from proven matchmaking sites by charging a fee to screen for the "highest quality" candidates. I hope that fee works — I’ve seen The Social Network. Creepers go to Harvard too.

According to Furmasky, you have to be a graduate of a "top university" to join his club. Russert must never have learned to Facebook stalk since he was so busy satisfying the rigorous academic requirements at Boston College.

According to the most recent U.S. News university rankings, BC comes in at #31. Where's the Sparkology cut-off? 35?

After you pass vetting, male users are charged to email other users. It’s free for the ladies.

Bro: If you’re making your service free for girls, you haven’t learned a damn thing. Too much time talking sports with James Carville.