Everyone has been sent an email or a G-Chat with a link that says it's a "must see."

The clip du jour of 2011 was a grainy cellphone video from a Clippers game starring a catalog model. And with a hip gyration and a snap of her finger, Kate Upton dougied her way into America’s heart.

Upton borrowed from Justin Bieber’s playbook and leveraged her fan base into becoming the definitive supermodel of the New Media era. And now, as the cover model of June’s Vogue, Upton assumes a throne once sat upon by Cindy Crawford. Anna Wintour finally did something right. 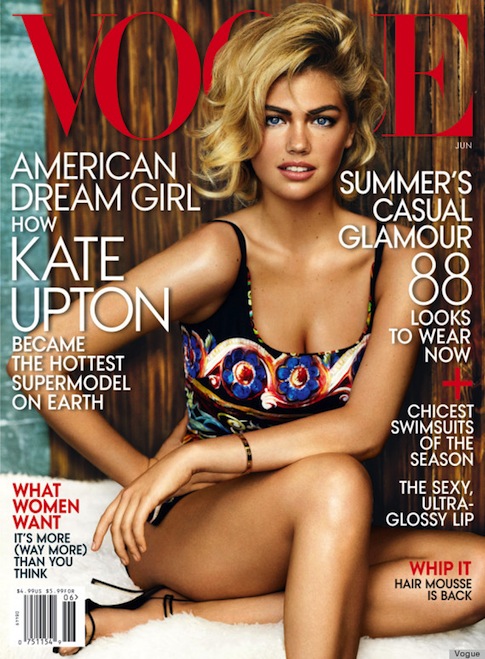 Last year will be remembered as the year America reelected Obama, bought the iPhone5, suffered at the hands of the Kardashian chimera, and worshiped Kate Upton. And worship she deserves.

And yet Upton’s body has sparked debate. This year’s Sports Illustrated cover—a shot of her in Antarctica, parka open to reveal a stunning breadth of cleavage—set off a fresh round of "Is she fat?" conversations across the Internet. 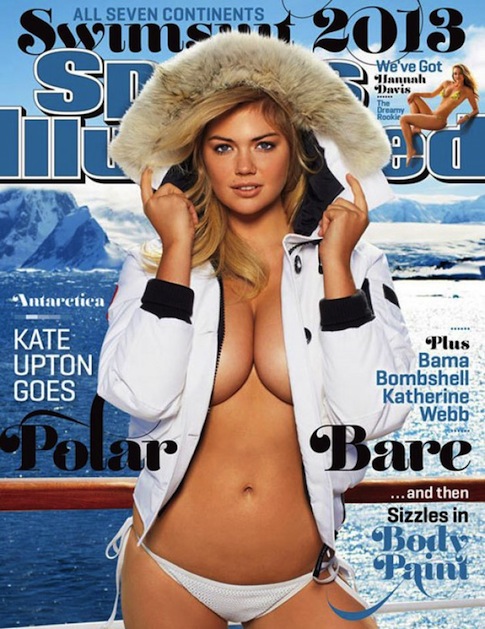 To think that only 15 months ago the Newspaper of Record savaged Kate, writing her off as a mere YouTube celebrity like Antoine Dodson or the Chocolate Rain Guy.

The Times slandered Upton as having "the legs of a W.N.B.A. point guard," a trait insulting to W.N.B.A. guards. There the Times goes again, making gross generalizations.

In the piece, a member of the Victoria’s Secret brain trust barred Kate from performing in their shows, calling her "a footballer’s wife, with the too-blond hair and that kind of face that anyone with enough money can go out and buy."

For all of the adoration from Tumblr and the 18-to-35-year-old demo, and the fact that she's a certified dime piece, what I like the most about Upton is her complete self-awareness:

"For a long time, fashion has been going to celebrities," she said. "Celebrities are on the magazine covers, and nobody wanted models. But why not have a model celebrity? Why not a girl who comes with her own following? Social media brings a personality to models. That’s how consumers today decide what to buy."

That could have been written by a 20-year vet of Madison Avenue. Kate is not only a smokeshow. She is a businesswoman.