My must read of the day is "Why Cantor really resigned," in Politico:

In his decision to quit Congress altogether, Eric Cantor gave only one reason: so his successor could get a head start and "have a voice in what will be a very consequential lame-duck session."

But several GOP lawmakers and aides suggested to POLITICO that there was more to this move. The last thing he wanted, they said, was to endure the humbling shift from 11 years in the leadership to being a back bencher, even if only for four months. And, they said he was already focused on the next chapter of his life in the private sector.

Who knows exactly why Cantor wanted to leave Aug. 18; numerous factors probably played a role, and I'm sure his life in the private sector was one of them.

In many ways, it will help his successor—but more than anything the departure seems self-serving.

Between Aug. 18 and Nov. 4 the 7th district of Virginia won't have a representative. The staff will likely be reduced and his office will primarily perform casework. If Cantor wanted to let Brat come in early, why not leave mid-October to serve your district a little longer and vote on some major issues that Congress still needs to tackle.

Instead he's bailing early and didn't even show up for Friday's immigration vote. I don't care how he would've voted Friday, I care that he seemingly chose not to do his job. Unless there was a major emergency, he should've been there.

Not voting and the early resignation reeks of apathy fueled by self-interest. 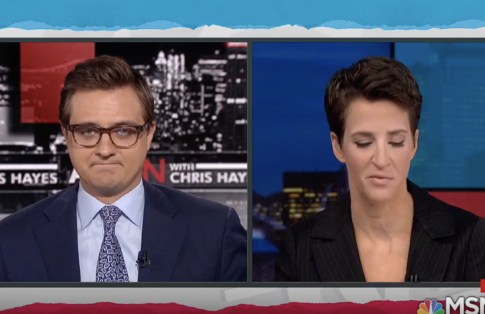 MSNBC, CNN Covered Upsets by Ocasio-Cortez and Brat Quite Differently