The subject line of the email read, "My four rules." It was from Barack Obama, regarding this week's inaugural summit of the Obama Foundation in Chicago. Not having been lectured to by Obama in, oh, about a week, I opened the message.

"In true dad fashion," Obama writes, "I came up with a set of rules" to guide the activities of his foundation, participants in its summit, and, while he's at it, you too. "I think they're relevant to our everyday lives." Maybe. They don't seem to have been entirely relevant to Barack Obama's presidential life, though. He observed only one of them.

Rule Number One: "Listen to the People Around You."

"If possible, find someone who's not like you—who doesn't look like you, think the way you do, or share the same set of experiences as you—at least on the surface." Listen to what they have to say. What then? Well, feel free to ignore them. That's what Obama did when his national security team counseled him not to release classified memos regarding past use of enhanced interrogation techniques, to send more troops to Afghanistan in 2009 and not declare a timetable for withdrawal, take a harder line against Bashar Assad in Syria, keep troops in Iraq past December 2011, not to draw a red line he couldn't enforce, and to move more quickly to combat ISIS when it arose in 2013-2014. But hey, look, who's keeping track?

Rule Number Two: "When You Disagree, Don't Be Disagreeable."

"Have a point of view, be rooted in your experience, and don't be afraid to share—but listen and be open, don't be partisan." From the guy who said, "You're likable enough, Hillary"; "They're bitter, they cling to guns or religion or to people who aren't like them or anti-immigrant sentiment or anti-trade sentiment"; "The election's over, John, I won." From the guy who attacked Paul Ryan to his face without giving the congressman a chance to respond, whose administration used confidential tax information to attack a political opponent, who continually framed political questions in an absurd and patronizing manner designed to portray himself as the paragon of virtue and prudence and his adversaries as greedy warmongers, and who told Jon Stewart that only "lobbyists, money" opposed his Iran deal.

If I have forgotten any other examples of Obama being disagreeable, please let me know so I can add them to the list.

Yes, he wrote that with a straight face.

Obama often spoke of his frustration at congressional Republicans, his failure to sway public opinion, gun laws, and the U.S. Constitution. But here, at last, is one rule he observed. 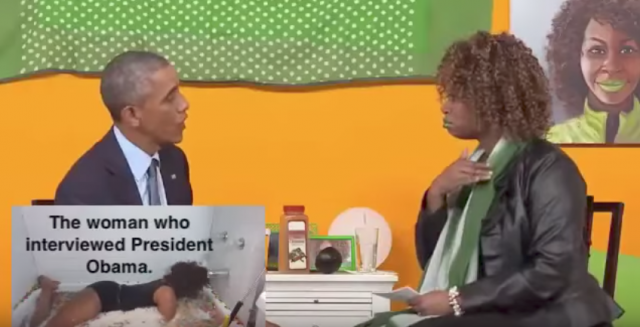 Self-awareness isn't a quality we look for in presidents these days, is it.