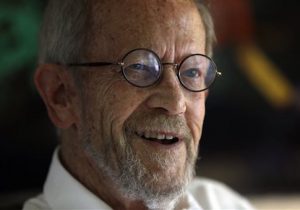 Life’s a bitch and then you die. But if you’re tired of being a good little worker bee, have I ever got a writer for you: the later Elmore Leonard. The early Elmore—who lived a good long life, dying only in 2013 at the age of 87 after writing more than 40 novels—wrote Westerns. (Elmore—such a great name, we should use it. Besides, after reading hundreds of pages of his punchy prose, it’s hard to stand on ceremony: you feel as if you know the guy.) Even these early Westerns are classics of sorts: you may know “Hombre,” which was made into a movie with Elmore’s almost exact contemporary Paul Newman in the lead role, who, before movies like “The Sting,” did a series of movies starting with H, including “The Hustler,” “Hud,” and “Harper” as well as “Hombre.” By the time Elmore got around to Get Shorty, the first of the four novels in this collection, he was 65 (1990) and had gotten funky. And he stayed funky. 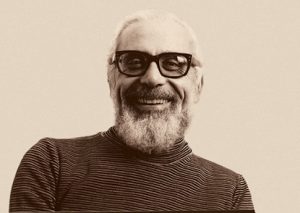 There are three types of novels. Antonio di Benedetto’s Zama, an Argentinian novel from 1956 now republished by New York Review Classics in a new English translation, is the third type. And that is both the good news and the bad. The first kind of novel is the kind most people think of as defining the very notion of the novel, the kind that reached full flower in the 19th century, the realistic novel. Its most well known practitioners are authors like Austen, Dickens, and Thackeray in England, as well as authors further afield such as Tolstoy in Russia, and Flaubert or Zola in France. Its American oddball relatives include Twain and Melville. 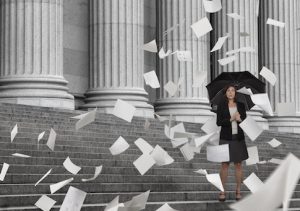 In Woody Allen’s film Zelig the title character, an ineffectual also-ran with no visible personality, shows up as a photo-bomb extra at all the big events of 20th century history without influencing any of them. The profundity underneath the running joke is somehow that even nebbishes have lives, or as Milton put it, “they also serve, who only stand and wait.” I think of this movie reading the obituaries in major newspapers (is reading obituaries a sign of increasing age?). These always rely on a hook to the most common way the history of our times is told. There aren’t enough really famous people from the A list dying on a daily basis, so the B and C lists are mined to make readable copy, yet always linked to the same Master Narrative of history that runs (for Americans of my generation) through Elvis, JFK, the Beatles, Vietnam, and Watergate. 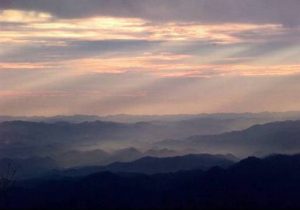 J.D. Vance’s Hillbilly Elegy is mistitled: it should be called Marine Corps Hymn. An elegy celebrates the dead. But this book has nothing good to say about the Scots-Irish working class world Vance grew up in, which isn’t dead but very much with us, plagued by drugs, abusive and transient relationships, lack of role models, and too much self-hatred. What the book is really about is the self-reliance the author, still in his early 30s, learned from enlisting in the Marines. It’s also a hymn to America. He tells us: “I’m the kind of patriot the people on the Acela corridor laugh at.” Who’s laughing, dude? I’m already standing at attention cheering. This is beautiful stuff. 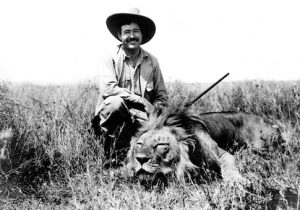 The best line in this breathy, gossipy, here-we go-again-with-the-Lost-Generation exposé of the antics of the real people on whom Ernest Hemingway based his first big success, The Sun Also Rises, belongs to Zelda Fitzgerald. She called Ernest—not yet the white-bearded Cuban fisherman “Papa,” but a hungry-for-success unknown reporter and literary wannabe in Paris—“a pansy with hair on his chest” and “a phony he-man.” Ernest responded flatly that “Zelda is crazy,” and history proved him right. History hasn’t been as certain about Zelda’s claims, though scholars exploded with speculation after the publication in heavily edited form in 1986 of his novel The Garden of Eden, where some gender blurring seems to be going on between the husband and wife characters and both are interested in the same woman. 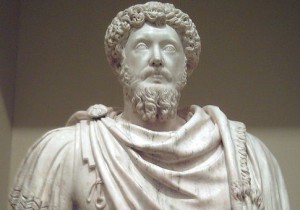 How many readers of this online newspaper, the content of which changes by the minute and which largely focuses on current events, will have the time or inclination to read Peter Adamson’s “History of Philosophy Without Any Gaps” (as his sub-title has it) that covers the period from after Plato and Aristotle to the death of St. Augustine? Probably not many, despite the fact that it’s clearly written, sprinkled with cute allusions to our day as well as with groan-inducing puns—yet also full of clear summaries of the main points of thinkers who once were household names. Read a history of philosophy? Most of us have too many other concerns, with rents or mortgages, maybe kids to get to school (or their tuition to be paid), deadlines to meet, dry-cleaning to pick up. Philosophy, it seems, is just too abstract to matter. 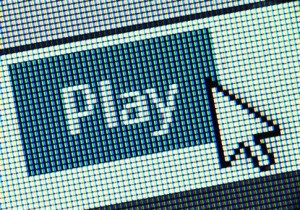 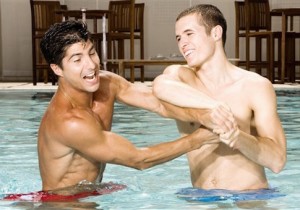 According to Jack Myers, the future of men in the twenty-first century is bleak. And he thinks men know it. He quotes men to whom he explained his book project asking, wryly, “You mean we have a future?” Women are on the ascendant, and men are being eclipsed: the male dominance that has been the norm for millennia is a thing of the past. Hooray? That’s the part that’s never clear. It’s hard to figure out in this book, a sweeping jog through advertisements, TV shows, statistics about college students, and Mars/Venus generalizations, how Myers feels about the changes he insists have occurred. 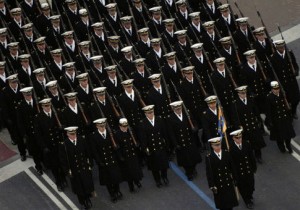 The immediate subject of Joanna Williams’s depressing but compellingly written chronicle of the threats to Anglo-American academia over the last several decades is the concerted attack, first by the professors themselves and now by students, against the academic freedom of the title. Academic freedom is the ability of the professorate to express, explore, and teach even those ideas that don’t happen to be cut to this decade’s fashions. Thus academic freedom and its enemies may seem initially to be a narrow issue, of interest to few outside the now dwindling number of tenured professors who thought they were free to follow truth, and who discover instead that they can be shouted down by colleagues or students who feel that what the professor is saying “supports oppression.” Even worse, in Williams’s view, are those who self-censor to get their writing published and gain advancement while avoiding disapproval.
« Newer Articles