Bruce Fleming has taught English at the U.S. Naval Academy since 1987; his books and articles are noted on his website www.brucefleming.net. 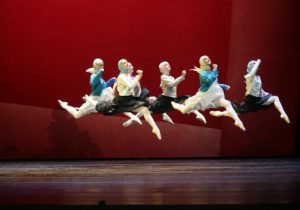 We all like to see an underdog win. It's even better if at the end of it all, he gets a new improved body, the hand of the princess, and the throne. 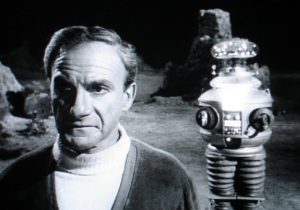 Nicholas Carr's newest anti-Internet book, after his Pulitzer Prize finalist The Shallows, is a contradiction in terms. 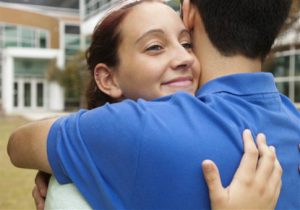 If you're male and 18 and waiting anxiously for what you hope will be your acceptance at a prestigious coastal liberal arts college or university, the authors of "The Campus Rape Frenzy" would undoubtedly have two words for you if you do get in: Don't go. 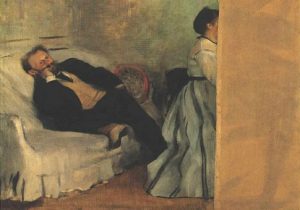 Male-male relations, if they are not sexual, are rarely considered these days, generally absent from the mental screen of those who consider men and women. Now all are reduced to the abstraction of "gender." Or rather men are. 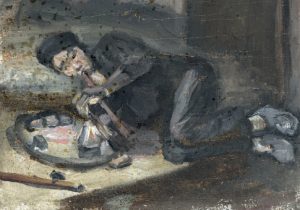 Frances Wilson ends her rife-with-scandals, name-droppy biography of Thomas De Quincey—the English opium eater from the celebrated "Confessions of an English Opium Eater"—by citing Borges, that author of fragmentary parables that presented culture as a hall of mirrors, with books echoing books and intellect lost in the labyrinth of literature. Borges wrote of De Quincey that “for years, I thought that the almost infinite world of literature was one man.” Wilson concludes: "We are all De Quinceyan now." 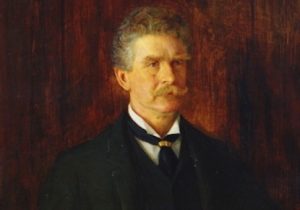 How is war reported or summarized to the people back home, in whose name it’s usually being fought? How do they view the actions of those who fought it—or the war in its awful wholeness? These are questions haunting our day, and questions obliquely considered in a new biography of Ambrose Bierce, most of whose output after his soldiering years concerned or was influenced by the Civil War he fought in. 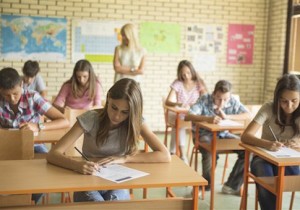 I wish publishers could be sued for false advertising. They, and not the authors, are typically the ones that slap titles on books in an attempt to make them market-friendly. Yet frequently the titles seem like a bait-and-switch, enticing you to buy an entirely different book than the one you brought home. Such a bait-and-switch is Stanley Fish’s newest turn as a public intellectual. His career as a bad boy academic began in the 1970s and 80s (after a more predictable start with work on Milton, to whom he returns in the book in hand) with something called Is There a Text in This Class? that everybody, just everybody, in academic circles was talking about, and that made the intellectually squishy notion of “interpretive communities” one of the phrases du jour in English professor circles. 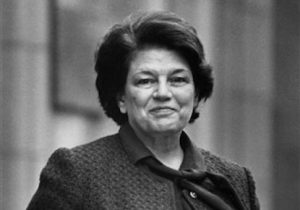 Almost all of Mavis Gallant's stories appeared in the New Yorker, which is the explanation for—or perhaps shorthand for—both their strengths and their weaknesses. The Collected Stories, put out by Knopf/Everyman in 2016, perhaps to acknowledge Gallant's death in 2014, is identical in content to the Selected Stories put out in the UK by Bloomsbury in 1997, and the British edition has a preface by the author that is worth considering. (The introduction to the American edition is by Francine Prose.) In this preface, Gallant calls her association with the New Yorker a "wave of the best luck." And so it clearly was, as they seem to share many qualities in common. The New Yorker is smart, and so are these relentlessly well written stories. 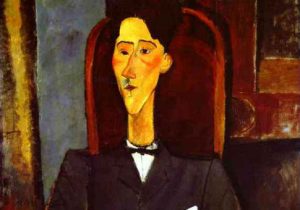 You have to admire somebody who just never quits. Such was the playwright/novelist/filmmaker/ballet scenario-maker/artist Jean Cocteau, who was an indispensable part of early twentieth century French culture, and what his biographer Claude Arnaud calls “the sad clown of modernity.” It all comes to a close when the emaciated, former opium addict Cocteau, lover of so many beautiful boys and men, dies in a world so different from the Belle Époque in which he came to flower, but in a world where Bob Dylan sang to the Tambourine Man, the Beats had issued their anti-Establishment howls, and where the virile Jean-Paul Belmondo had starred in Godard’s Breathless. The world of Cocteau’s youth was different. It was a world that now seems merely historic, a more perfumed world, replete with classical allusions (Cocteau wrote an Orpheus and other works on classical themes), a world where making it clear you wanted La Gloire made you already interesting. 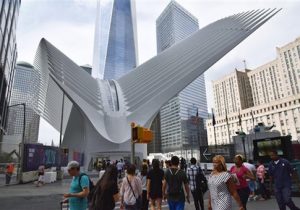 There have now been 15 September 11ths since the one we call simply 9/11, that day when the Twin Towers of New York’s World Trade Center were hit by airplanes being used as missiles and crashed to the ground, killing almost 3,000 people. We call the site “ground zero,” which started as the military designation for the place where a nuclear bomb detonates, its effects spreading out for hundreds of miles. Now the phrase is so associated with this epoch-changing event and place, people may assume that’s just what it means. And while there was no literal blast spreading far beyond the towers, certainly there were far-reaching effects: 9/11 initiated a new era in American military intervention and the frustratingly dangerous and out-of-kilter world we live in.
Previous Articles »