Gordon is running to fill the seat being vacated by longtime GOP congressman Peter King. The Democrat often touts her former role as a military police officer to appeal to voters in the Long Island district, which includes two of the largest suburban county police forces in the nation. Gordon, however, canceled a July 30 candidate screening with the Suffolk County Police Benevolent Association "a few hours prior" and went on to ignore "multiple attempts to reschedule," according to union president Noel DiGerolamo.

"Jackie Gordon has never taken a stand for the men and women of law enforcement who risk so much for so little every day," DiGerolamo told the Washington Free Beacon. "I personally find it offensive that she would utilize her position as a military police officer in an attempt to mislead people that she is a ‘law and order' candidate, which she is not."

Gordon in March submitted the 375 petition signatures required to appear on the Working Families Party line in November. The party has openly embraced police defunding and in July launched the WFP Justice Fund, a PAC aiming to "elect the next generation of leaders who pledge to defund police," according to its website. The party's New York chapter accused the NYPD of "deliberately cultivating bad apples at the expense of Black and brown New Yorkers" in a July tweet after endorsing Gordon months before.

"Clearly Jackie Gordon shares the belief of defunding the police, otherwise she would have denounced it like others have," DiGerolamo told the Free Beacon. "She's accepted the endorsement and support of multiple groups calling for the defunding and abolishing of police."

In addition to her ties to the Working Families Party, Gordon campaign field staffer Chelsea Villalba shared multiple Facebook posts denigrating police and endorsing violent protests in June. One post called the "destruction of property by Black people, Indigenous people, and People of Color" a "necessary, valid, and poignant aspect of political and social protest," while another referred to "cops" as "bastards." The posts in question were deleted shortly after the Free Beacon reached out to Gordon for comment. The Democrat did not respond. 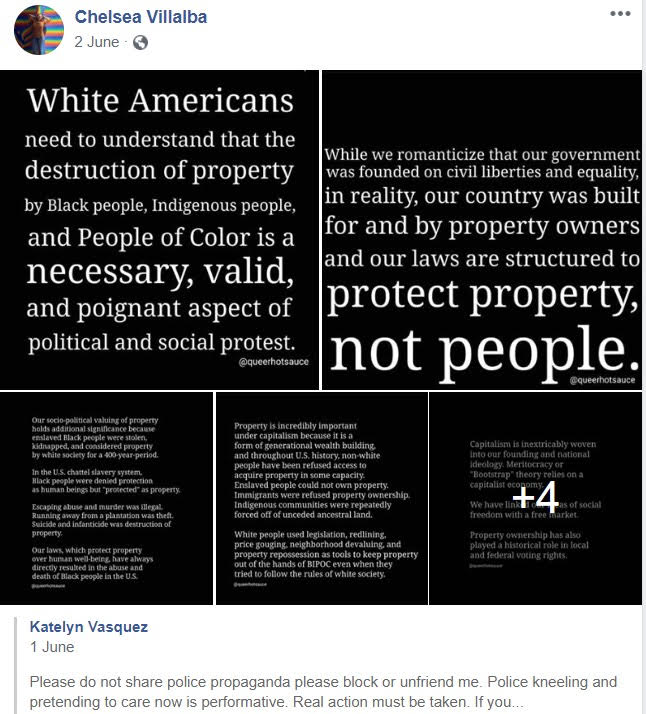 Gordon is also backed by Indivisible Upper East Side, a far-left group that has called for police departments to be "defunded and completely transformed." The group recently hosted a "NY to NY texting campaign" to support Gordon, Rep. Alexandria Ocasio-Cortez (D., N.Y.), and other state Democrats, according to its website. Indivisible Project—the group's national organization—organizes activists to "call your local officials and tell them to defund your local police department," accusing America of "structural racism" that "persists across every facet of American life" in the process.

After Gordon refused to meet with the unions, both the Suffolk County and Nassau County Police Benevolent Associations endorsed her Republican opponent, state legislator Andrew Garbarino, in September. Gordon is not the only Democrat who has struggled to gain the support of police—Democratic presidential nominee Joe Biden failed to name a single law enforcement group that supports his campaign during a September debate and later admitted that police officers no longer back him.

"I have had overwhelming support from police my whole career up until this year," Biden said during Monday's NBC town hall. 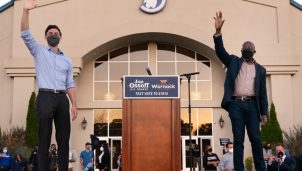