Democratic donors are obscuring millions in 2020 election cash by using a dark money entity to mask the original source of the contributions, federal filings show.

The 2020 cycle marks the first time the Sixteen Thirty Fund has been used to pass money to presidential and congressional electoral efforts. The fund's primary purpose is to house progressive nonprofits, in which capacity it has facilitated hundreds of millions in anonymous donations to left-wing groups and initiatives.

One such group is Change Now, which has raised $6.4 million this cycle. The super PAC's filings with the Federal Election Commission show that it has received $5 million of its contributions from the Sixteen Thirty Fund, which accounts for 80 percent of its total cash haul. Change Now, in turn, has injected large sums into ad buys and direct mail against Trump and Republicans locked in tough Senate races. So far this cycle, the super PAC has spent $2.9 million against Trump and spent hundreds of thousands more against Sens. Susan Collins (R., Maine), Martha McSally (R., Ariz.), and Thom Tillis (R., N.C.).

The Black PAC is another liberal super PAC that counts the Sixteen Thirty Fund as its largest donor. Officially dedicated to increasing black turnout, the group has bombarded airwaves with ads against Trump and GOP lawmakers. The Sixteen Thirty Fund accounts for $2.25 million of the $6.3 million the Black PAC has raked in this cycle, while George Soros's Democracy PAC, which has pumped more than $50 million into the 2020 elections, added a $1 million contribution of its own.

The Sixteen Thirty Fund funneled millions more to other prominent liberal PACs. These donations include $5.7 million to Victory 2020, a joint fundraising venture between Unite the Country and David Brock's American Bridge PAC; $3.5 million to Priorities USA, the largest pro-Biden super PAC; $2.2 million directly to the American Bridge PAC; and $2 million to PACRONYM, a super PAC tied to the ACRONYM dark money network, which is funding "fake news" sites that push flattering stories about Democrats.

"The Sixteen Thirty Fund is confronting the biggest social challenges in our country through fiscal sponsorship, advocacy, and electoral action like many other 501(c)4 organizations," Amy Kurtz, the group's executive director, told the Washington Free Beacon. "We support investing in the health and strength of our democracy and have lobbied in favor of reform to the current campaign finance system (through H.R. 1), but we are equally committed to following the current laws to level the playing field for progressives in this election."

The Free Beacon reported in July that the Sixteen Thirty Fund was being utilized to steer just shy of $20 million into the 2020 elections. It has since pushed millions more to election efforts, bringing its total to nearly $30 million.

Arabella Advisors, which manages the Sixteen Thirty Fund, oversees what has become a dark money juggernaut. More than $1 billion in secret cash has passed through the funds it manages to bankroll progressive causes in recent years. Demand Justice, which falls under the Sixteen Thirty Fund's umbrella, is currently in the midst of a $10 million campaign against Supreme Court nominee Amy Coney Barrett. 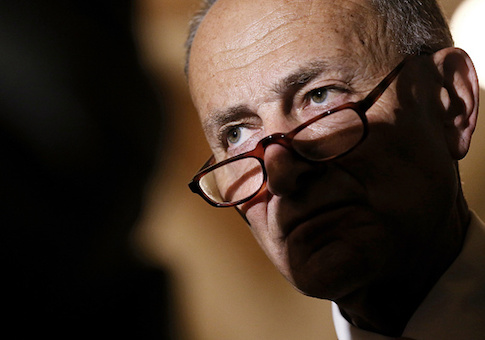