Although mainstream media have labeled the senator and former California attorney general as a moderate—the Associated Press noted Harris's "centrist record" and the New York Times called her a "pragmatic moderate"—Harris's voting record is "more liberal" than 99 percent of the Senate, according to a VoteView analysis.

Earlier this month, Harris teamed up with Rep. Alexandria Ocasio-Cortez (D., N.Y.) to cosponsor environmental legislation that far-left groups praised as a precursor to the $94 trillion Green New Deal. Harris is also the first candidate on a presidential ticket to openly support gun confiscations.

Among other left-wing views, Harris also supports eliminating the Electoral College and increasing the federal minimum wage to $15 per hour. The candidate previously cosponsored socialist senator Bernie Sanders's (I., Vt.) Medicare for All bill.

Biden: Barrett’s Faith Should Not Be Questioned 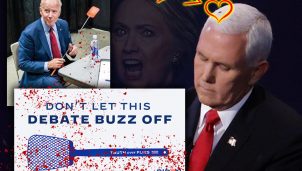 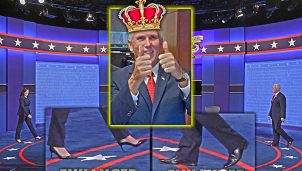