In a unanimous vote Tuesday, supervisors of the largest county by area in the contiguous 48 states requested county attorneys prepare a lawsuit that would challenge Newsom’s restrictions, the San Bernardino Sun reports. The supervisors said some communities in the sprawling county should be evaluated in light of their lower caseloads and local conditions instead of being treated the same as the rest of the county.

"The temperatures are dropping," Supervisor Janice Rutherford said. "There is snow on the ground in some places, yet according to the governor’s orders, people are expected to eat outside. It’s ridiculous."

While small-town restaurants struggle to stay afloat, Newsom is under fire for breaking his own virus protocols earlier this month during a birthday party for a lobbyist at the French Laundry, a high-priced Napa Valley establishment. The governor initially claimed he and his wife had followed social-distancing guidelines, but photos released Wednesday show him violating numerous rules by talking maskless and in close proximity to people from various households, including California Medical Association officials.

Newsom has faced a string of lawsuits over increased restrictions that have forced businesses to close and prohibited churches from gathering. Churches across the state have challenged those orders on First Amendment grounds. 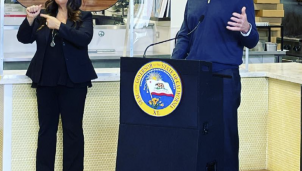 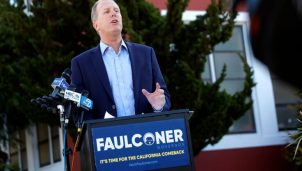 CDC: Teachers Can Go Back to School Without Vaccine