President Barack Obama told a crowd of donors in Philadelphia on Tuesday that his “vision” for America “is more consistent with our history and those moments when we’ve been most successful as a country” than his opponent's, according to a transcript of his remarks. 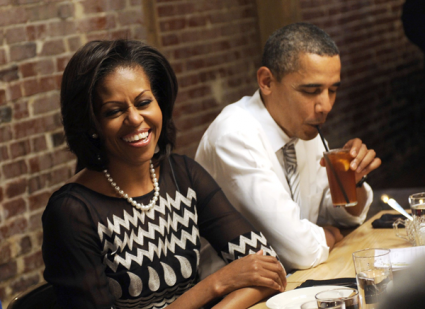 The first family has been selective in its cameo appearances, reserving its star-power for networks owned by major supporters. Barack Obama will be gracing cable TV screens Saturday night when he introduces the movie of the week—To Kill a Mockingbird—on USA Network. Gregory Peck’s family, as well as several cast members, will join Obama for the prime time introduction for the film’s 50th anniversary.
« Newer Articles