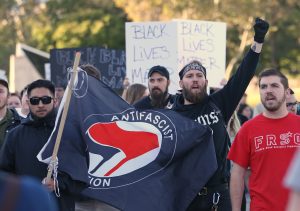 Andy Ngo fell to the concrete, bleeding from his ear. Vessels in his brain had burst, doctors later told him, and blood pooled on his brain. Ngo, a journalist, had been attacked by members of Antifa while covering one of the “antifascist” group’s demonstrations in Portland in 2019.