The New York Times issued a statement of support for its newly hired editorial board member who had sent numerous past tweets attacking white people, saying Thursday she was merely "imitating the rhetoric of her harassers" and regretted her actions.

Sarah Jeong was hired by the Times this week after previously writing about technology and the internet at The Verge, The Atlantic, New York Times Magazine and other publications.

Tweets she made disparaging whites soon after emerged, including writing, "white men are bulls—t," "it's kind of sick how much joy i get out of being cruel to old white men," "#CancelWhitePeople," and, "Dumbass f—king white people marking up the internet with their opinions like dogs pissing on fire hydrants."

Are these racist?
These are tweets by Sarah Jeong who was just hired to the NYT editorial board. pic.twitter.com/B3P7ay8QNR

The Times communications team released a statement defending Jeong and portraying her past tweets as a response to racial harassment she had endured.

"We hired Sarah Jeong because of the exceptional work she has done covering the internet and technology at a range of respected publications," the statement said. "Her journalism and the fact that she is a young Asian woman have made her a subject of frequent online harassment. For a period of time she responded to that harassment by imitating the rhetoric of her harassers. She sees now that this approach only served to feed the vitriol that we too often see on social media. She regrets it, and The Times does not condone it."

"We had candid conversations with Sarah as part of our thorough vetting process, which included a review of her social media history. She understands that this type of rhetoric is not acceptable at The Times and we are confident that she will be an important voice for the editorial board moving forward."

Our statement in response to criticism of the hiring of Sarah Jeong. pic.twitter.com/WryIgbaoqg

Jeong released a statement of her own, screen-shotting examples of racially charged vitriol directed at her and saying she had engaged in "counter-trolling."

"While it was intended as satire, I deeply regret that I mimicked the language of my harassers," she wrote. "These comments were not aimed at a general audience, because general audiences do not engage in harassment campaigns. I can understand how hurtful these posts are out of context, and would not do it again."

Hi all, I have a statement about the tweets that have been going around:

It's the second time this year the editorial board has engendered controversy with a tech writer hire. The board hired Quinn Norton to write about technology and fired her in the same day in February over past tweets she made employing slurs and a purported friendship with a neo-Nazi.

History Is Whatever The New York Times Wants It To Be 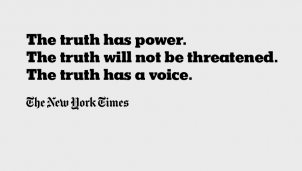