Actress Lena Dunham deleted a tweet Sunday that trashed the necessity of fathers on Fathers' Day.

"You don't need a father," Dunham tweeted. "So many families work so many ways—but if you have one he better werk [sic]." 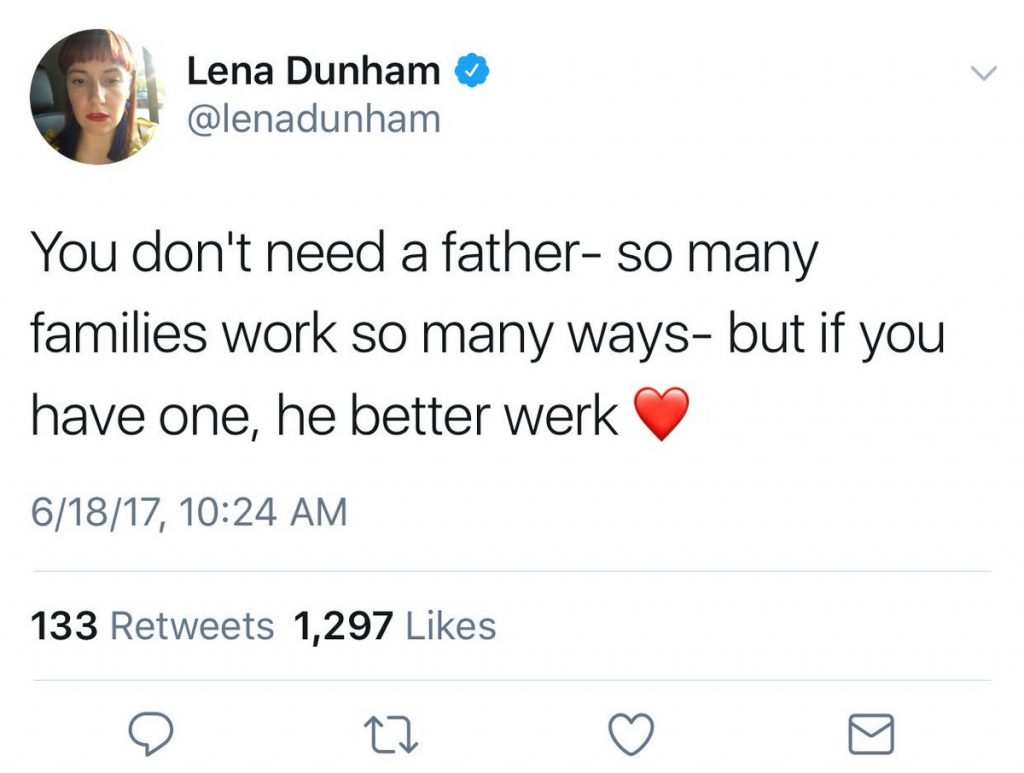 Dunham's tweet flew largely under the radar, until Donald Trump, Jr. highlighted and criticized it.

It never ends. Would be great to have just 1 day without the unnecessary SJW commentary. Doubt there was a similar comment on Mother's Day. https://t.co/pYe2WEqhgc

People do need fathers, you have one that you seem to love & who has enriched your life. Why rob someone of that? https://t.co/VWVsFBequO

Contrary to Dunham, Democrats and Republicans alike generally view the rise in fatherlessness as a serious concern.

"Too many fathers are M.I.A, too many fathers are AWOL, missing from too many lives and too many homes," former President Barack Obama once argued. "They have abandoned their responsibilities, acting like boys instead of men. And the foundations of our families are weaker because of it."

My father is my favorite artist and my best friend pic.twitter.com/2YQ1xOswbJ

Dunham's father, Stanley Dunham, "werks" as a photographer. Dunham has strongly contested the accusation that her father and mother's positions in the New York City entertainment world contributed to her meteoric rise.