"Sarah Huckabee Sanders does not look like the kind of woman Donald Trump would choose as his chief spokesperson," he opened, unfavorably comparing the press secretary to the "sleek beauties with long legs and stiletto heels to represent his interests and act as his arm candy."

Horsey continued, saying that compared to Ivanka and Melania Trump, "Sanders looks more like a slightly chunky soccer mom who organizes snacks for the kids’ games."

"Rather than the fake eyelashes and formal dresses she puts on for news briefings, Sanders seems as if she’d be more comfortable in sweats and running shoes," the columnist added.

The piece was accompanied by an editorial cartoon drawn by Horsey showing a less-than-flattering rendition of Sanders repeating 1984 slogans and brandishing the punning title "Big Mother."

On Friday, Horsey apologized to readers and to Sanders for the description, writing in a note above the column that it was "insensitive" and would be removed.

"It also failed to meet the expectations I have for myself. It surely won’t be my last mistake, but this particular error will be scrupulously avoided in my future commentaries. I’ve removed the offending description," he wrote.

"She’s serving a function other than communication, which turns out not to be her forte. (To listen to her pronounce "priorities" is akin to hearing the air seep out of a flat tire, and she leaves half of the consonants on the curb)," Bruni wrote.

UPDATE: 4:55 P.M.: This article was updated with Horsey's apology. 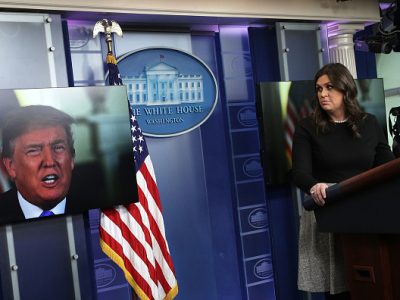 Trump: Sarah Sanders Rarely Does Briefings Because the Press Is Rude 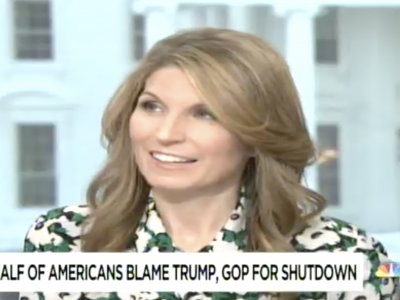 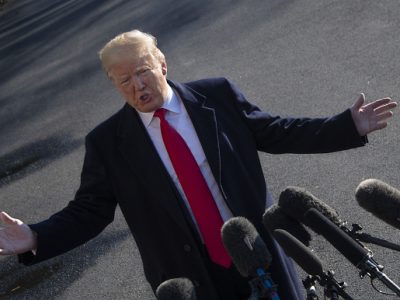 White House: Trump Will Travel to Southern Border on Thursday 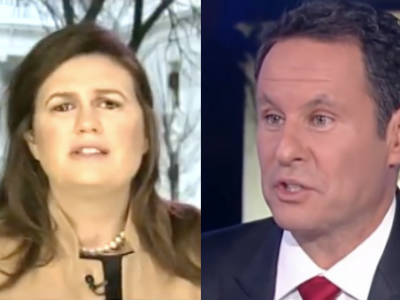 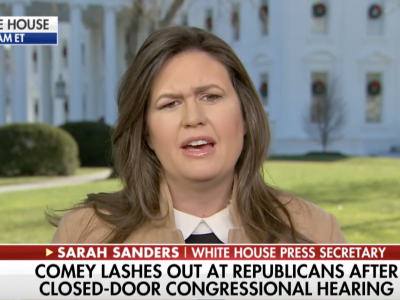 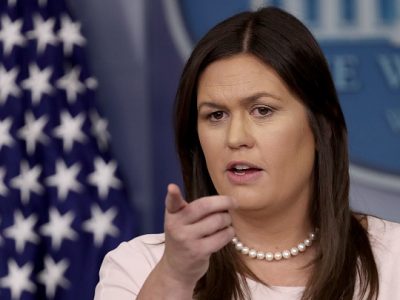