A Washington Free Beacon report on homophobic and racist comments made by a top Democratic Congressional Campaign Committee official set off a battle between the campaign committee's chairman and minority members of Congress, according to Politico.

Neither the DCCC nor its chairwoman Rep. Cheri Bustos (D., Ill.) responded to Free Beacon inquiries for its June 24 report on Tayhlor Coleman, who had just been promoted to lead a multi-million dollar minority outreach program, but behind the scenes Bustos scrambled to put out fires with "shocked" and "inflamed" members of the Congressional Hispanic Caucus.

Bustos shocked a room of members when she announced Coleman's promotion to the minority outreach position just a day after the Free Beacon report was published, according to Politico.

"Some lawmakers—well aware of the spate of controversial tweets—turned to look at each other in shock, according to multiple sources present," Politico wrote.

One Democrat, Rep. Vicente Gonzalez (Texas), says he texted Bustos to ask whether Coleman's tweets—including one where she indicates being around Mexicans makes her feel unsafe—were fake. He, and other concerned members including House Majority Whip Jim Clyburn (D., S.C.), were assured by Bustos that Coleman was being reassigned, according to the Politico report.

"I want you to know I listened, I acted," Bustos told Gonzalez in a text. "She is no longer in the job."

Clyburn told Politico it was his "understanding" that Coleman was removed as director of the minority outreach program. Rep. Tony Cardenas (D., Calif.) similarly said he was told "Coleman would no longer be working on the minority engagement project or on any issues concerning minorities at all."

It turns out Bustos wasn't being truthful with her members.

"Wow, it was my understanding that that individual was no longer in the title that she'd recently been promoted to and that she was in a different position," Cardenas told Politico after being told Coleman was still working on minority outreach issues. "And also not in the diversity team."

The DCCC did not respond to a Free Beacon request for comment on Politico‘s report.

Coleman still has both this reporter and the Free Beacon blocked on social media. A number of her deleted tweets can be viewed here. 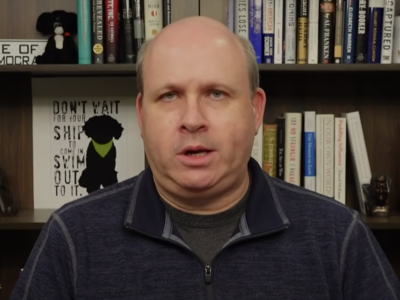