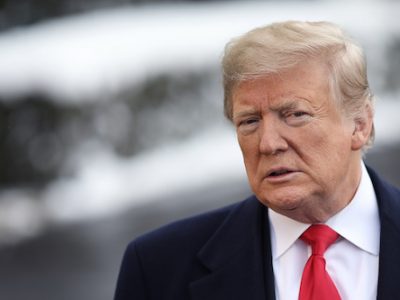 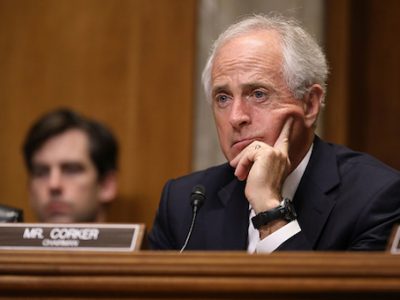 Controversial housing finance reform legislation making its way through the Senate Banking Committee was co-written by a former mortgage trader for Countrywide Financial and Wachovia, two of the subprime mortgage behemoths at the center of the housing market crash in 2007.

Michael Bright, the senior financial adviser to Sen. Bob Corker (R., Tenn.), worked as a trader and member of the loan-pricing desk at Countrywide Financial from 2002 to 2006, and as a senior trader for Wachovia from 2006 to 2008.

Bright joined Corker’s office in 2010, and has been a key figure in crafting the Corker-Warner housing reform bill and the successive legislation spearheaded by Sens. Mike Crapo (R., Idaho) and Tim Johnson (D., S.D.).

'[Bright’s] running the show," said Tim Pagliara, a top bundler for Corker who has taken an active stance against the bill. 'And Corker listens to him."

Pagliara said Bright continues to play a leading role in the Crapo-Johnson legislation, which draws heavily from the Corker-Warner bill.

'I’ll be on Capitol Hill [on Wednesday], and he’s dominating, he’s a big part of the discussion," said Pagliara. 'He’s going to be in the main meeting."

Corker’s office acknowledged Bright’s role in writing the Corker-Warner bill, and defended his past work for Countrywide and Wachovia.

'Our office spent a good deal of time to hire someone who has extensive knowledge of housing finance to serve as our senior advisor on these issues and help craft the housing finance reform legislation the senator introduced last year," said spokesperson Tara DiJulio.

However, the former mortgage trader’s involvement is raising alarms with some government watchdogs and critics, who say the legislation is skewed in favor of the nation’s biggest banks.

'Anyone who really participated in Countrywide and Wachovia before the collapse happened was fully participating in the types of financial arrangements that caused the collapse," said Public Citizen’s Craig Holman. 'We’re seeing some of the rules evolving in this legislation that appear to be rigged for the bigger banks."

Edward J. Pinto, resident fellow at the American Enterprise Institute, said that Bright 'comes to this definitely from the perspective of those kinds of institutions and Wall Street, and that definitely has colored what’s in the bill."

Under the law, the FMIC would cover 90 percent of investor losses on mortgage-backed securities, and, in the event of a national financial crisis, 100 percent of these losses.

'[The banks and mortgage lenders] think Fannie and Freddie are being too stingy, and they want to loosen the spigot some more with government support," said John Berlau, a senior fellow at the Competitive Enterprise Institute.

Pinto said one of the major concerns of the bill’s critics is the taxpayer-funded guarantee for mortgage-backed securities losses.

'Anytime you have an … explicit government guarantee, it will end up resulting in a taxpayer bailout at some point because the government is not very good at pricing for risk," he said.

Government watchdogs questioned whether someone with deep ties to the major financial institutions that contributed to the 2007 subprime crisis should play such an active role in crafting finance reform legislation.

Holman said it appeared to be a 'reverse revolving-door" scenario.

'We see this capture of congressional committees and even specific projects like this by the very same interests that have a great deal at stake in shaping that legislation," he said. 'This is the reverse revolving door spinning without any controls whatsoever."

While Bright speaks regularly about the housing finance reform legislation to industry groups and firms, Corker’s office said he does not receive outside payment for these appearances.

Ken Boehm, chairman of the National Legal and Policy Center said this activity does not violate congressional rules, but raises questions about what Bright’s primary interests are as a senate staffer.

'The question is, is he really doing the people’s business or is he feathering his own nest for future advancement? And the folks who do that a lot do things like run around the all the trade association meetings," said Boehm. 'The public’s entitled to know what he’s doing, and they can decide for themselves if that’s what they want there."