American soldiers posed for photos last week with a Somali leader after the Biden administration said it had withdrawn U.S. forces from the war-torn country.

Jubaland president Ahmed Madobe posted photos showing him flanked by three U.S. troops on May 4. The caption identifies the soldiers as members of the U.S. Africa Command (AFRICOM) deployed in the state, which is in the southern tip of Somalia.

"Met with US forces operating in Jubaland under @USAfricaCommand to discuss ways to inhance [sic] the fight against Al-shabaab," Madobe wrote.

Met with US forces operating in Jubaland under @USAfricaCommand.
to discuss ways to inhance the fight against Al-shabaab.
The fight Against Al-shabaab is a priority for Somalia and its partners. pic.twitter.com/FJH6uJahJz

AFRICOM announced the completed withdrawal of military personnel in January per a Trump administration order. In February, a visit from U.S. troops to Somalia reaffirmed the withdrawal, but AFRICOM special operations commander Dagvin Anderson said U.S. forces "remain committed to our Somali and regional partners."

Department of Defense spokeswoman Cindi King told the Washington Free Beacon that even though U.S. troops withdrew from Somalia, counterterrorism missions will continue.

"While U.S. force posture changed, U.S. policy did not, and our counterterrorism operation against threats have continued," King said. "We will continue helping our partners strengthen defensive capabilities to counter shared threats in order to create opportunities for political and economic development."

The Defense Department did not specify how many troops remain in Somalia, nor would it provide details about the troops pictured in the tweet.

AFRICOM did not respond to a request for comment.

In April, the Biden administration said it was reviewing whether it would reverse the Trump administration’s order to withdraw. In a Senate hearing, AFRICOM commander General Stephen Townsend said although the military withdrew its fighting force from Somalia, a contingent of roughly 100 personnel remain to do embassy work in Mogadishu, some 300 miles from Jubaland.

American Enterprise Institute resident scholar Michael Rubin told the Free Beacon the photo shows the Biden administration has either stealthily changed policy or the withdrawal of U.S. troops from Somalia was never completed in the first place.

"Either that wasn't true or Biden has very quietly brought them back in," he said.

The potentially conflicting accounts over troop withdrawal in Somalia come as the Biden administration aims to bring home thousands of U.S. military personnel from Afghanistan. The White House committed to a full removal of U.S. forces from Afghanistan by Sept. 11.

Somalia is plagued by a litany of security and human rights issues. Lawmakers and former administration officials told the Free Beacon the Somalia problem looms large for the White House as it sets its priorities in Africa.

J. Peter Pham, a former ambassador to Africa during the Trump administration, said the Biden administration will have to reckon with a failed consensus on Somalia from both parties spanning three decades.

"What’s been going on for 30 years in administrations Democrat and Republican has been the stubborn refusal to see reality," Pham said. "To carry on as if nothing happened, in the expectation of getting back to the way things were, is delusional as best."

The rise of terrorist group al-Shabaab, a weak central government, and the empty promise of free elections have led to a disastrous situation in Somalia. Even as the United States has poured more than $50 billion in aid into the country since 1991, Somalia consistently ranks as the most corrupt country in the world. Somalian president Mohamed Farmaajo recently extended his term in office by two years after an election was scheduled to take place in February.

The Biden administration has not made clear its plans for the country. Special Envoy for the Horn of Africa Jeffery Feltman embarked on a trip to the surrounding region in May but did not list Somalia on his itinerary. House Foreign Affairs Committee ranking member Rep. Michael McCaul (R., Texas) said Feltman "must include" Somalia in his plans to address problems in the region.

"An omission of Somalia from this critical portfolio would be a failure to recognize key political and security dynamics in Somalia that are inextricably linked and pose serious consequences for stability in the region," McCaul said.

Though Feltman’s trip includes a visit to neighboring Ethiopia to address the Tigray genocide, Pham warned that an inability to back up tough talk with action in Tigray could also put America’s ability to better address Somalia at risk.

"When you draw lines in the sand, you damn well better be ready to enforce them," Pham said of the Biden administration’s calls to end the Tigray genocide. "If the Somalis see that we’re not following through on big words in Ethiopia, then what reason would they have to do anything when we wag our fingers at Mogadishu?"

A State Department spokeswoman said the Biden administration remains committed to working with Somalia to combat al-Shabaab and schedule a free and fair election for the country, but did not say if Feltman’s trip includes any items related to Somalia.

"The United States has repeatedly and consistently urged President Farmaajo to engage constructively with Federal Member State leaders to advance political reconciliation and reach consensus on issues vital to Somalia’s stability," the spokeswoman said. "We also have made clear that the pursuit of narrow political agendas is distracting from efforts to fight al-Shabaab. The United States is coordinating closely with a range of international partners who share our objectives for advancing peace and stability in Somalia." 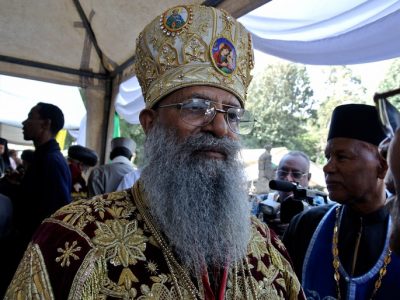 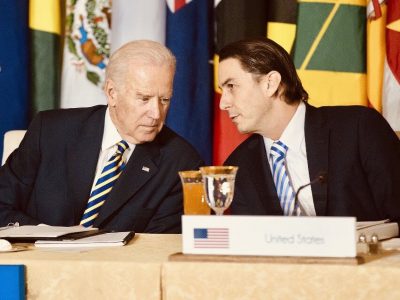 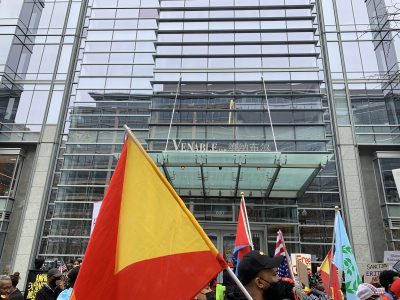