To get to one million, the White House pinned its hopes on 11 models of electric vehicles — including the Karma. Our CBS News investigation found that six of the 11 — Ford Focus, Ford Transit Connect, Fisker Nina/Atlantic, Tesla Model S, Tesla Roadster and Think City — either haven't made their first delivery or are already out of business.

When told about the CBS News projection that only 300,000 electric vehicles would be on the road instead of the proposed 1 million, the Energy Department's David Sandalow said, "Well, let's hope that we can move faster. And if we don't hit that goal in 2015, let's hit it in 2016." 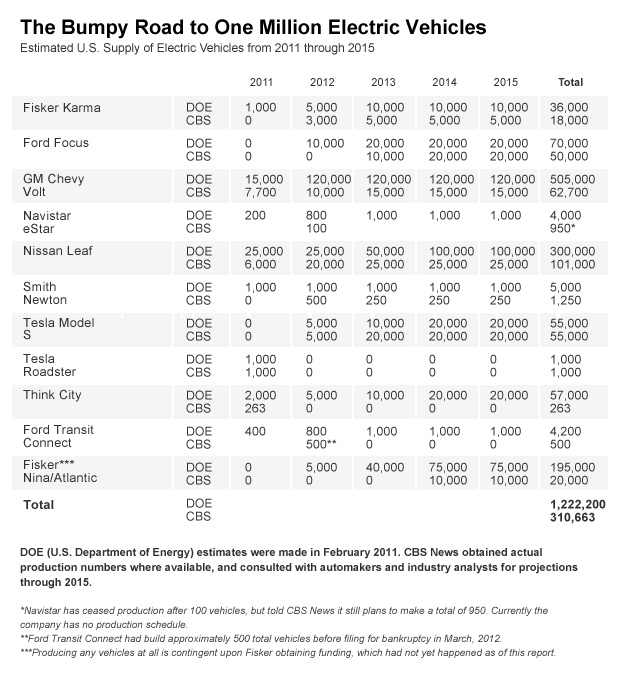