Another stimulus-funded electric car is dealing with spontaneous combustion problems. A Texas driver’s brand new $100,000 luxury Fisker Karma burst into flames and nearly took his house down with it.

According to Fort Bend County, Texas, chief fire investigator Robert Baker, the Fisker Karma started the fire that spread to the house.

"Yes, the Karma was the origin of the fire, but what exactly caused that we don't know at this time," he said. The car was a complete loss.

According to Baker, the driver arrived home in the Fisker, pulled into the garage, and less than three minutes later the car was in flames. It reportedly was not plugged in at the time of the fire and the Karma's battery remains intact.

The Karma is not the only electric car that has a habit of going up in smoke. GM suspended productions of the $40,000 Chevy Volt after low demand and several car fires caused a scandal for the automaker. A recent run of electric vehicle fires has put firefighters on alert and departments have had to provide special training to avoid electrocution.

Fisker acquired a $529 million taxpayer-funded loan with the help of Democratic law firms to build the car, but has struggled in recent months, laying off employees and shuttering factories. 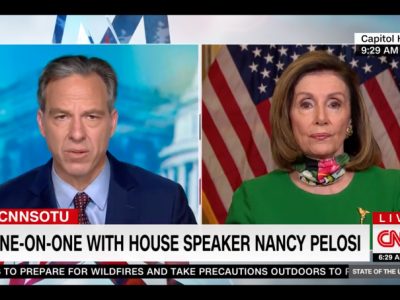