China’s Communist Party has expelled Zhou Yongkang, a former member of the collective dictatorship that rules the country and once Beijing’s most senior security official.

The expulsion of Zhou, announced by the official Xinhua news agency in a two-paragraph dispatch Friday, was carried out after a decision made at a meeting of the Communist Party’s Politburo.

Additionally, Zhou’s corruption case will now be handled by "judicial organs," a sign the Communist leadership plans to imprison him.

As reported by the Washington Free Beacon last month, Zhou’s corruption case has produced a rift within the closed Chinese Communist leadership ranks.

Investigations of widespread corruption in China for decades were off limits to officials like Zhou, until 2012 one of seven members of the Politburo Standing Committee headed by Party Secretary Xi Jinping. The committee is the collective dictatorship that makes most key policy decisions. Its members wield enormous political and economic power.

The expulsion of Zhou had been expected but took months longer than normal for high-level corruption probes, fueling speculation that Chinese leaders were not united in how to deal with the former security chief who was the ultimate authority over both China’s security police and intelligence services.

The action against Zhou could create a backlash from what U.S. intelligence agencies recently identified as signs of a power struggle among senior Chinese leaders.

China analysts have said that such high-level differences would be a key indicator of a possible major shift or even the overthrow of Communist Party rule in the world’s most populous state.

Xi launched the current anti-corruption campaign in January 2013 in what some government analysts have said is more likely related to an effort to consolidate power than to clean up the communist system.

The Xi campaign has angered senior party leaders by its focus on lower and middle-level bureaucrats, dubbed "flies" and once off-limits high-level officials described as "tigers."

"Zhou Yongkang is the highest-ranking Party leader to be purged since Tiananmen, and the only member of the Standing Committee to be disciplined for criminal behavior since I can remember," said John J. Tkacik, a former State Department China affairs specialist.

Corruption involving bribery, graft, and abuse of power has been a dominant feature of China’s reform communist system since the late 1980s.

A U.S. government China specialist said Zhou’s ouster was related more to the potential or perceived threat he posed to Xi’s rule.

"Zhou Yongkang may be corrupt and guilty as charged, but he could have easily escaped the current indignity if he did not oppose, or was perceived to oppose, Xi Jinping's succession to supremacy," the official said.

Other Standing Committee members who held even higher positions, including former Premier Wen Jiabao, were more corrupt than Zhou, yet no action has been taken against them, the official noted.

"So the purge of Zhou is selective and politically motivated."

Wen’s family accumulated a fortune estimated to be worth $2.7 billion, according to internal documents revealed by the New York Times in 2012.

In communist systems, new leadership regimes have targeted the former regime’s most senior official in charge of security to counterbalance his power base and ruthless policies.

Tkacik, the former State Department official, said Zhou headed the Chinese secret police and security apparatus for five years and thus his purge is more evidence that Xi is consolidating power within the police system.

"But it doesn't reflect any move toward reform or a relaxation of Party control the way the precipitous purge of Beria following Stalin's death did in the USSR," he said.

Zhou has been accused of corruption involving personal enrichment and the enrichment of family, relatives, and his mistresses.

Tkacik said Zhou’s expulsion also lends credence to reports that Zhou was complicit in a factional cabal three years ago that sought to weaken Xi and promote the neo-Maoist wing headed by Bo Xilai.

"Even during Deng Xiaoping's best days he was a master of balancing factions rather than purging them," Tkacik said. "Xi is really sweeping an entire faction into prison."

Michael Pillsbury, director of the Center for Chinese Strategy at the Hudson Institute, said the purge of Zhou suggests that Xi has become the most authoritative leader since Mao Zedong.

"Even Deng Xiaoping would not purge such a senior person from the security services within the membership of the Politburo," Pillsbury said.

"President Xi may want to reform China or return to the era of Mao, but either way he has the power to choose," he added.

Aaron L. Friedberg, a China expert and Princeton University professor, said Xi has taken out a powerful rival and shown he is willing to go after high level officials in the anti-corruption drive. "But by purging and prosecuting a fellow member of the Politburo Standing Committee he's broken an unwritten rule of China's elite politics that has held since the demise of Chairman Mao," Friedberg said. "Power struggles at the top are now once again duels to the death. In the long run this could help destabilize the CCP regime."

A recent U.S. intelligence report said the main sign of leadership division was a reference to a closed-door meeting of Party leaders that quoted Xi as saying in June that "the two armies of corruption and anti-corruption are in confrontation, and are in a stalemate." A Party-controlled newspaper that reported the quote was quickly censored and a story on the June meeting was removed from the website.

"The move against Zhou violates an unspoken rule against investigating retired Political Bureau Standing Committee members," the intelligence report said, noting that the hands-off policy has been a key factor in maintaining political stability in Cultural Revolution elite politics.

"If this assumption is correct, then violating this rule could increase division within the leadership," the report said.

The report also said the Xi is gambling that his anti-corruption drive will bolster the legitimacy of the Party and thus put off pressure for democratic political reform.

"The party can lose its bet if investigating Zhou does not boost its legitimacy or if it causes increased division among the elite that leads to high-level political instability," the report said.

In addition to Zhou, other senior leaders who have been under investigation for corruption include former Central Military Commission Vice Chairman Xu Caihou, and Chongqing Party boss Bo Xilai.

Xu was ousted in 2013 for selling military ranks and as a result is said to have a strong power base within the People’s Liberation Army, one of China’s most important organs of power within the Communist system.

Bo was ousted in 2012 and later imprisoned on bribery, abuse of power, and corruption charges and had been mentioned for promotion to Standing Committee. 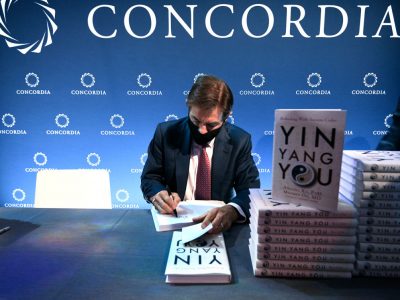