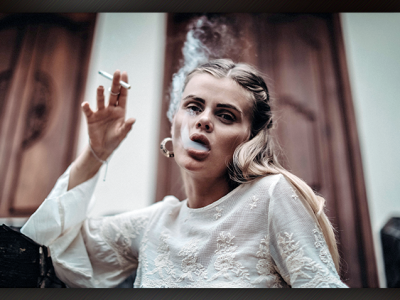 Nicotine vaping provides a safer and healthier alternative to smoking, according to dozens of public health groups and governments, including the Centers for Disease Control and Prevention, the Food and Drug Administration, and the American Cancer Society. But three liberal nonprofits that claim to be devoted to science and public health are bankrolling one of the largest public health campaigns in U.S. history to ban vaping products in the United States.

Bloomberg Philanthropies and the Bill and Melinda Gates Foundation have teamed up, spending over $100 million since 2017 on grants, research, and other nonprofits all dedicated to outlawing nicotine products. The Robert Wood Johnson Foundation has to a lesser degree joined this effort, giving over $20 million since 2017. In total, the money amounts to an enormous crusade to undercut vaping and non-combustible tobacco products.

But the push also comes amid mounting evidence that smoking alternatives provide a significantly healthier alternative to traditional cigarettes and cigars. Some of the very groups working to ban vaping products from the U.S. market, including Truth Initiative, concede that vaping could dramatically lower smoking rates.

The biggest contributor to the anti-vaping effort is Bloomberg Philanthropies, the eponymous charity started by billionaire Democratic megadonor and former New York City mayor Michael Bloomberg. Since 2017, his charity has given large sums of money to anti-tobacco organizations such as the Campaign for Tobacco-Free Kids.

That group, which has received at least $60 million from Bloomberg, has called for the elimination of all flavored vaping products as well as popular vapes such as Juul. For months, the Campaign for Tobacco-Free Kids lobbied the FDA to deny Juul's marketing application, which would effectively shut down the company.

The FDA in June concurred with the Campaign for Tobacco-Free Kids's position. The move earned applause from the group, calling the FDA's decision "the most significant action … to reverse the youth e-cigarette epidemic" in the agency’s history.

The Campaign for Tobacco-Free Kids spent just under $1 million on lobbying efforts in the lead-up to the FDA's decision this year, federal records show. Among the firms hired included NVG LLC, a Democratic-connected lobbying firm with a focus on FDA-related issues.

Experts warned that outside lobbying efforts could steer the FDA away from making scientifically sound decisions on vaping devices. Dr. Cliff Douglas, the former vice president for Tobacco Control at the American Cancer Society, wrote last year that "tobacco control organizations" such as the Campaign for Tobacco-Free Kids "have applied inordinate pressure on the FDA."

"FDA's scientific review process must be protected," Douglas wrote. "Unfortunately, unless the warring factions find ways to join hands in support of the health and well-being of everyone, youth and adults alike, the heat and rhetoric around these questions may only increase, and so will the cost to the health of our nation."

Bloomberg Philanthropies has given over $42 million to Vital Strategies since 2017. Just under half of those funds, $20 million, have been earmarked for a "global tobacco industry watchdog" named Stopping Tobacco Organizations and Products. Vital Strategies says it is a "main partner" in Bloomberg's $1 billion initiative to "reduce tobacco use."

Bloomberg Philanthropies is also in an explicit partnership with the Bill and Melinda Gates Foundation, founded by billionaire and former Microsoft CEO Bill Gates. The foundation gave $4 million in 2019 to Bloomberg Philanthropies for anti-tobacco initiatives, including Vital Strategies, according to publicly available tax forms.

That same year the Gates Foundation committed over $60 million to the left-wing advocacy group the New Venture Fund. That grant was specifically earmarked for, among other things, "tobacco control."

Industry groups, such as the American Vaping Manufacturers Association (AVMA), have said the vaping regulatory process is corrupted by the outside influence of these groups.

"This crucial public health issue, which ought to be guided strictly by scientific analysis, has been gripped in a stranglehold by pompous tycoons utterly unaccountable to anyone," AVMA president Amanda Wheeler said in a statement to the Washington Free Beacon. "The effect is that countless Americans are being deprived of the single most effective smoking cessation method ever. That ought to be a national scandal."

The Public Health Law Center this year released a "Policy Playbook for E-Cigarettes" in conjunction with the Vaping Prevention Resource, the self-described "leading online destination for vaping prevention media."

Among other policies, the policy playbook recommends that local governments restrict the number of vape retailers by setting "an absolute cap on issuing new licenses," with the aim of fewer tobacco sellers in the targeted area. Some states, such as New York, have embraced that policy, while others, such as Connecticut, have said it will lead to black markets.

In recent years the Democratic Party has increasingly targeted tobacco products. Along with deciding to end the sale of Juuls, President Joe Biden's FDA issued a rule banning menthol cigarettes and a regulation to significantly cut back the amount of nicotine in non-flavored cigarettes.

Democrats also proposed a tax on all vaping products in their initial budget reconciliation bill that later became the Inflation Reduction Act. That plan would have taxed vape products at a rate of $50.33 for every 1,810 milligrams of nicotine they contain.