President Obama had a Richard Nixon moment on Tuesday, branding the Sunday attacks that left 16 Afghan civilians dead a "murder."

"The United States takes this as seriously as if it was our own citizens and our own children who were murdered," he said from the Rose Garden on Tuesday morning.

Investigations into the killings, allegedly committed by a veteran American staff sergeant with a history of brain trauma, are ongoing. The American legal system does not classify a killing as "murder" until after a trial verdict or plea deal has been reached.

Obama’s Rose Garden slip-up recalls the blowback suffered by President Richard Nixon after he declared Charles Manson,"Guilty, directly or indirectly," of the Sharon Tate murders. Manson attorneys attempted to declare a mistrial following the incident, but failed to convince the judge the statement tainted the jury pool. Manson was subsequently found guilty.

Obama Spokesman Jay Carney attempted to back off the issue when he was pressed by Jake Tapper of ABC News.

"I think innocent Afghan civilians were killed," he said. "I don’t think (Obama) was saying anything beyond that … we can’t make (a) pre-judgment"

Obama has issued several public apologies for the shootings, which left 16 men, women, and children dead on Sunday. Investigations into the killings are ongoing. 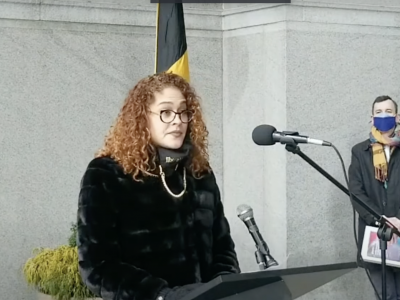