First Lady Michelle Obama’s anti-obesity campaign Let’s Move is out with new advice for Americans: skip the buffet and stick to unsweetened tea.

The tips were introduced as part of Mrs. Obama’s "#GimmeFive challenge," which is encouraging people to come up with five ways to be healthier for the fifth anniversary of Let’s Move.

President Barack Obama’s five ways to be healthy are jogging on stage to give a campaign speech, shooting a basketball, playing tennis, climbing the stairs to Air Force One, and lifting a baby, according to a video announcing the challenge.

"We all have to try harder to live a healthier life, but it’s important because these habits lead to a more fulfilling life," Let’s Move said in a recent blog post. "On days when your family can’t cook at home follow these suggestions from USDA’s MyPlate."

The suggestions include choosing water, fat-free milk, and unsweetened tea instead of soda, and asking for salad dressing to be served on the side. "Then use only as much as you want," Let’s Move said.

"Choose a ‘small’ or ‘medium’ portion," they said. "This includes main dishes, side dishes, and beverages."

The recommendations also included opting for vegetable stir fries and kebobs, and steering clear of the buffet.

"Order an item from the menu instead heading for the ‘all-you-can-eat’ buffet," Let’s Move said.

The campaign also encouraged Americans to check out the Department of Agriculture’s (USDA) Pinterest page for healthy recipes. 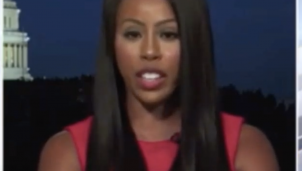