Connecticut Gov. Dannel Malloy (D.) on Friday accused Republican lawmakers of getting drunk after their plan to replace Obamacare, the American Health Care Act, passed the House the prior day.

Malloy made the comments while speaking with MSNBC host Katy Tur.

Malloy said that Republicans who voted for the bill on Thursday had beer before they went to the White House to appear with President Donald Trump. The governor was referring to a false story pushed by some journalists and Democratic politicians about someone at the Capitol moving cases of beers for Republicans to celebrate the health care vote.

"Then what did they do?" Malloy began. "They rolled out a bunch of Bud Lights so they could have a beer before they went down to the White House to pound their chests. This is disgusting."

"We haven't confirmed that they did that, so I can't back you up on that," Tur said.

"There's a few of them who looked it," Malloy responded.

Tur again said that what Malloy was referencing could not be confirmed.

Later in the interview, Malloy appeared to say that governors and state lawmakers who did not vote to expand Medicare would go to Hell.

"I've said this before, I'll say it again, to those states that didn't expand Medicare, the members of the legislature, the governor who wouldn't do it, there is a special place in the afterlife for you," Malloy said. 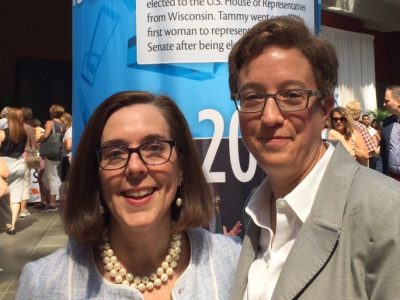