The review argued, in part, that Bush’s recent book, 41: A Portrait of My Father, was a "release of sorts, finally getting rid of whatever baggage has been there so long."

"I think it’s typical psychobabble of somebody who has no clue what he’s talking about," Bush said on CNN’s State of the Union.

"As I understand it, a lot of people are saying, ‘well you know he’s in stiff competition with his father.’… Stiff competition is overstated. In other words, if you love somebody as much as I love my Dad, and my brothers love my Dad and sisters, there’s no need to compete. People are going to write what they want to write."

The book is already a bestseller. Bush said it is simply meant to be a "love story" about his father.

Bush also gave his thoughts on a variety of topics during the interview, including his brother’s political future, recent grand jury decisions, and the Islamic State (IS).

Bush refrained from criticizing policies of the current administration, but defended some that occurred under his—namely the CIA’s use of enhanced interrogation tactics.

"We’re fortunate to have men and women who work hard at the CIA serving on our behalf. These are patriots. And whatever the report says, if it diminishes their contributions to our country, it is way off base."

"These are good people," Bush continued, "and we’re lucky as a nation to have them."

The Senate Intelligence Committee is expected to release a report on the subject early this week.

Bush has maintained that his decision to invade Iraq and remove Saddam Hussein was the right one at the time, and argued that IS (also known as ISIS or ISIL) needs to be defeated so the country’s democratic government can succeed.

Bush told CNN that he agrees with President Obama’s goal to dismantle IS but did not say whether or not he believed it was succeeding.

"First thing is there has to be a goal, and the president has laid out what I think is a good goal: to degrade and defeat ISIS. Once you state the goal then you have to put plans in place to achieve the goal, and it seems like to me the initial plans are being adjusted," Bush said.

"All I hope is that we succeed, because ISIS is lethal. They’re lethal not only to the people in the neighborhoods in which they live; they’re lethal to our security."

When asked explicitly if he supported the manner in which President Obama has carried out his plan, Bush was hesitant saying that "time will tell."

"It hadn’t been all that long since he stated the goal. Hopefully what he’s trying to do works. If it doesn’t work, hopefully he’ll change." 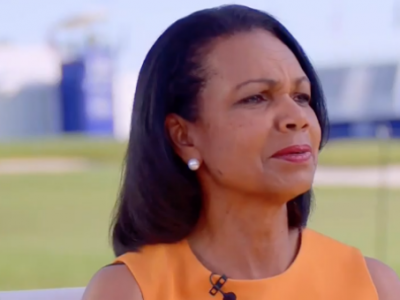 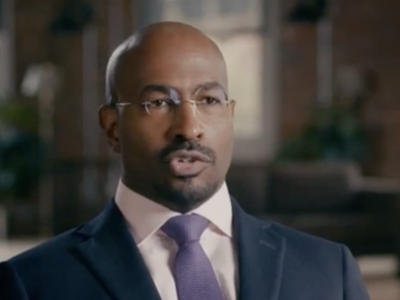