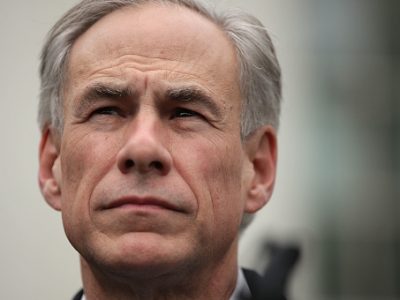 Burglar Shot by Homeowner Then Sentenced to 99 Years in Prison

A Texas burglar learned the hard way that crime doesn't pay after being shot by his last intended victim in 2015. He was sentenced to 99 years in prison late last week.

Thirty-seven-year-old Trenton Eugene Sinyard of Ovilla, Texas, was given the harsh sentence for a break-in he committed on June 2, 2015. Around 1:00 p.m., Sinyard rang the doorbell of a home in Ovilla. When the homeowner—who was home at the time—didn't answer, Sinyard went around the back.

"As was her custom, the victim did not answer the door when she was home alone. After twice ringing the front doorbell, Sinyard made his way into the backyard to the patio door of the home where he began pounding on the door and jiggling the door handle," the Ellis County District Attorney's Office told The Daily Light. "After hearing the doorbell and seeing a silhouette move to the rear of her home, the victim called the Ellis County Sheriff’s Office and armed herself with a pistol."

Soon after the homeowner called the police, Sinyard broke through the door and entered the home. That's when the homeowner opened fire on him. One round grazed Sinyard in the back of the head and another lodged in his back.

The gunfire caused Sinyard to flee the home before police arrived on the scene. There were no reports of any injuries to the homeowner.

After a local K-9 unit was called in, police found Sinyard nearby.

"Deputies found Sinyard hiding inside of a crawl space behind the fireplace where he had changed out of his blood-stained clothes," the DA's office told the newspaper.

Sinyard had prior convictions for home burglary, theft, possession of marijuana, and a number of car burglaries. He was on parole at the time of the home invasion.