President Obama has repeatedly proposed higher taxes as a means to ameliorate the country’s unsustainable budget deficits. Higher tax revenues, he has argued, will help the federal government pay down the national debt.

"We can't afford [low tax rates for wealthy Americans] when we’re running these big deficits," Obama said in September 2011, upon unveiling his deficit reduction proposal. "We can't just cut our way out of this hole."

The president’s recently proposed budget for fiscal year 2013—the most expensive in United States history—reflects this position.

After accounting for the so-called "accounting gimmicks" Washington lawmakers have often relied on to give the appearance of fiscal responsibility, Obama’s budget increases spending by about $1.6 trillion over the next decade, and raises $1.9 trillion in new taxes.

The minuscule amount of deficit reduction the president has proposed—about $300 billion over 10 years—is achieved solely through tax increases.

Of the $1.9 trillion in new tax revenue the president has requested, the vast majority—$1.6 trillion—does not go toward reducing the deficit, but rather is used to finance new government spending on transportation, infrastructure, green energy, and other programs.

The following charts prepared by Republican analysts on the Senate Budget Committee illustrate this dynamic: 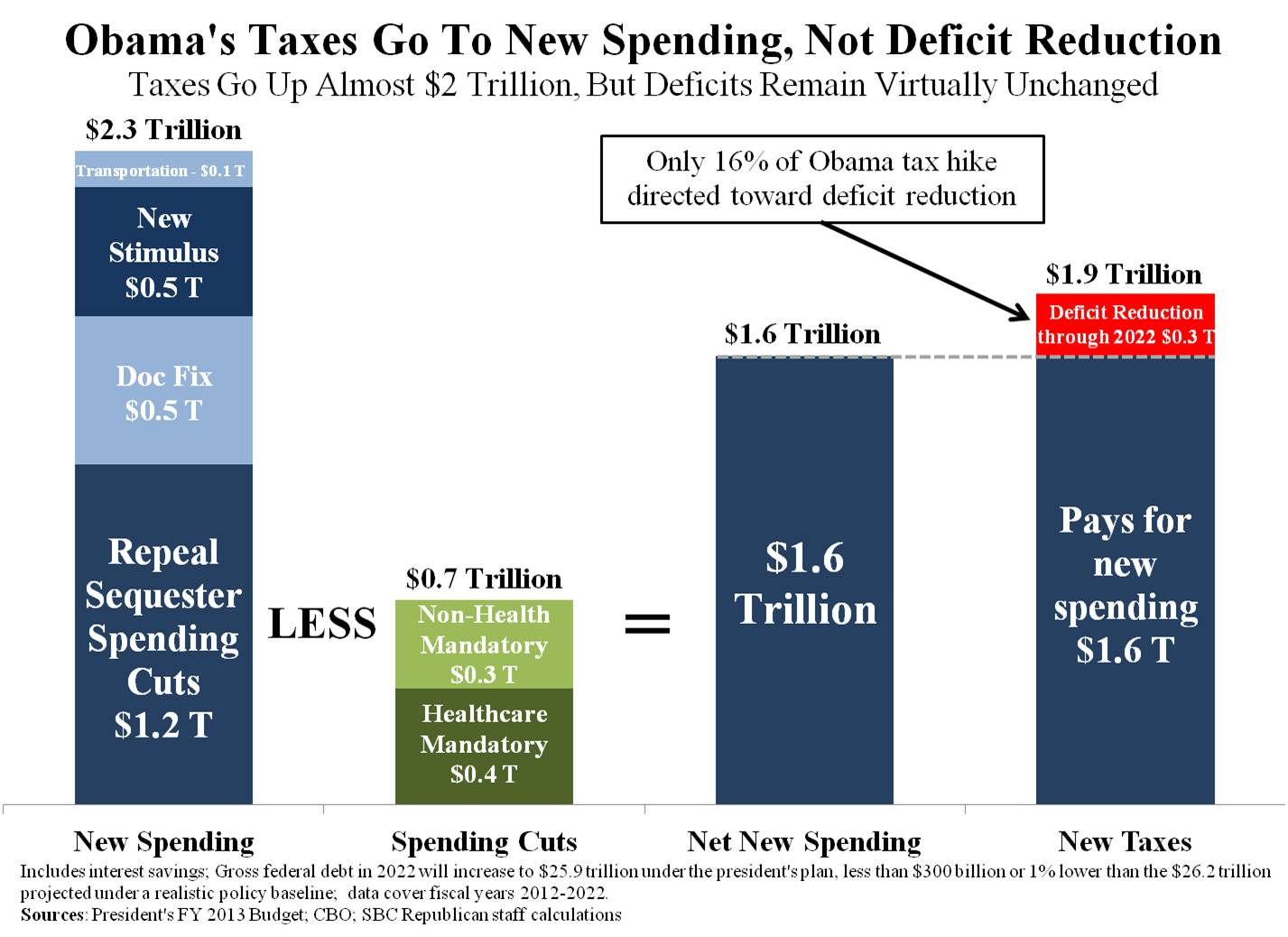 President Obama has said he favors a "balanced approach" to deficit reduction, comprised of spending cuts and tax increases in equal measure, a position he says is shared by the American people.

Although the president’s budget does not constitute a "balanced approach," as advertised, a new poll from the Associated Press casts doubt on the claim that most Americans support such an approach.

Asked what the main focus of lawmakers should be when it comes to balancing the federal budget, a majority of respondents said spending cuts—or, as the poll phrased it, "cutting government services"—should take priority over tax increases.

The poll surveyed 1,000 American adults, 84 percent of which identified themselves as registered voters.