Union activist Mike Elk credited his pitbull Kipp with helping him survive his ordeal at Politico, which is based 18 floors below the Washington Free Beacon.

Elk, who spearheaded a unionization campaign while working as a labor reporter at the website, took to Instagram to celebrate a settlement he reached after leaving the publication. 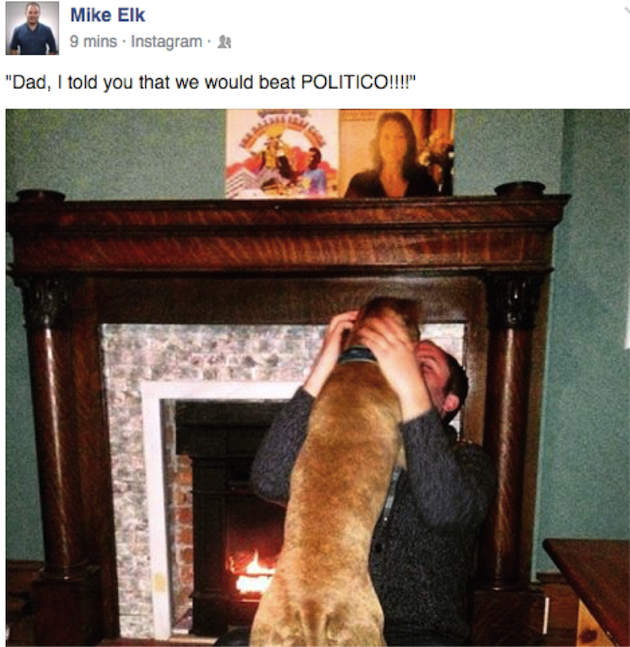 Elk acquired Kipp the pitbull to help cope with his Post Traumatic Stress Disorder, which he says developed in the wake of a source’s suicide and was exacerbated during his near year-long stint at Politico.

"We got him when POLITICO locked me out of the office for eight months. We would just stay at home and play all day. To be honest, it's the only way I got through the bullshit excuses they were giving on why they didn't publish these 12 stories? I would get really upset and then Kipp would give me a hug or something," Elk told the Washington Free Beacon.

Elk is credited with seven bylines on Politico and Politico Pro since being hired in October 2014. He told Washington Post media reporter Erik Wemple that the publication had spiked a dozen stories during his tenure there.

He told the Free Beacon that the stories ranged from an account of Scott Walker’s "union-busting" to "Bernie's rank and file labor support to Patriot Coal bankruptcy to the failure of the Obama Administration to adopt workplace safety regulations post-West Texas to locked out steelworkers who traveled from Texas to Switzerland to help pass a law in Switzerland about how they operated overseas."

By refusing to publish those stories, Elk said that Politico was damaging his reputation and potentially violating the Americans with Disabilities Act—George H.W. Bush’s signature law protecting the differently abled.

"One time, I was on the phone with Tim Noah for a half hour and Kip just couldn't stop attacking me. Kip would be like ‘Dad why spend your time on these POLITICO people, they are clearly breaking ADA law.’ I mean, they did big damage to my reputation by not publishing these 12 articles," Elk said in an email. "Basically, Politico trampled on my rights as an american [sic] with a disability."

When Elk was taken out of the newsroom, Kipp helped him kill time and distract from the professional grind. He likes to think that he also helped the canine recover from his own difficulties.

"[Kipp] had severe seperation anxiety issues. So, the silver lining of being locked out of the newsroom was I got to spend all of this time with Kipp. We went hiking everyday in Rock Creek, it was so much fun!!!!" he said.

Elk did not disclose the specific terms of his settlement with Wemple or the Free Beacon, but told his followers on Facebook that he was satisfied with the results.

"We have settled with the company on all issues related to the Americans with Disabilities Act. Not only have we settled all ADA issues, but the company has professed neutrality both to the union and to employees in individual meetings," he said in a message that was also emailed to some of his former co-workers. "I was glad that POLITICO Editor Susan Glasser, a pioneer leader in the feminism movement within newsrooms, made the right call that not only is there no place for chauvinism in the newsroom, but no place for union busting either."

He confirmed to his followers that he would be taking time to recover his health and calm down after dealing with a fast-paced work environment at Politico.

"I have decided to resign so that I could focus on my health and work at a pace best for my disability. I was glad that the company and I parted ways on good terms and were able to resolve our differences," he wrote.

Full Disclosure: Mr. Elk once approached this reporter about unionizing the Free Beacon. The idea has yet to catch on. 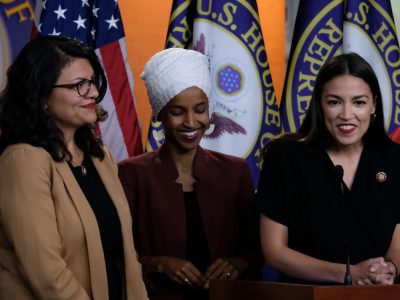