A Texas Democrat who has criticized the Biden administration's immigration strategy shared several photos of unaccompanied minors being held in overcrowded "pods" at a southern border detention facility.

The photos—provided to Axios by Rep. Henry Cuellar—offer a rare look into the ongoing border crisis after the Biden administration restricted media access to migrant facilities. According to Cuellar, the images show "terrible conditions for the children." The Democrat said that while the migrant pods are meant to hold up to 260 people, one pod housed more than 400 minors. 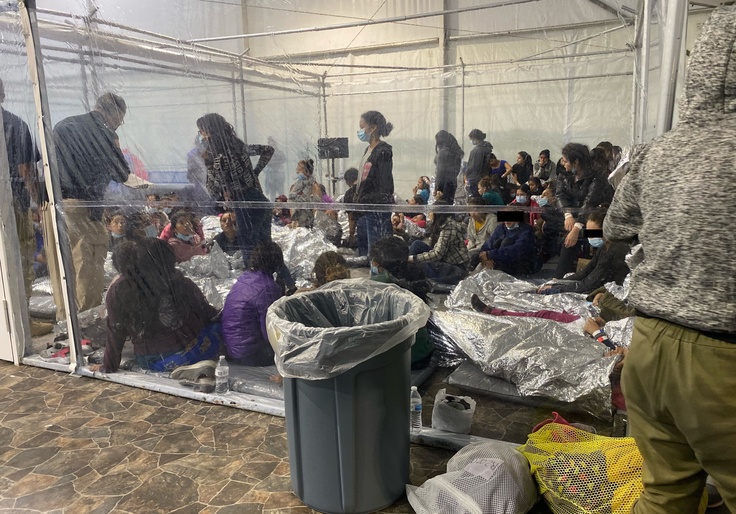 Cuellar, whose district encompasses portions of the southern border, has chastised the Biden administration over its immigration policies in recent days. The Democrat on Thursday warned that President Joe Biden's so-called humane approach to illegal immigration benefits Mexican gangs working to traffic people into the United States. Cuellar also predicted the surge of illegal border crossings—which are on track to reach a two-decade high—will only rise in the coming months. 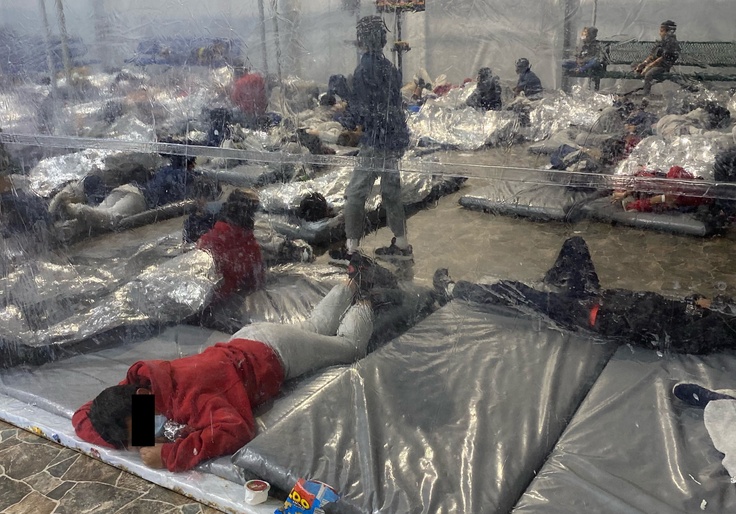 "[Biden's] ‘humane' approach is actually feeding the narrative that the bad guys are twisting to get people over; no ifs, no buts," Cuellar told Newsweek. "I know this from talking to people on the ground in Mexico who have dealt with this problem for many years."

The White House did not return a request for comment. Press Secretary Jen Psaki responded to the photos Monday by claiming that "children presenting at our border who are fleeing violence … is not a crisis."

Biden and other administration officials are now scrambling to discourage migrants from entering the country. But the Democrat in 2019 told asylum seekers to "immediately surge to the border" should he win the presidency.

The message appears to have resonated with some illegal immigrants. One South American migrant told ABC News that he "definitely" would not cross the border under former president Donald Trump and "basically" made the trip because of Biden's electoral win. Another migrant said Biden "promised that we could cross with minors."

Government officials said Saturday that an unprecedented 15,500 minors are being held in U.S. emergency shelters and southern border facilities. More than 9,400 minors crossed the border illegally in February, a record for the month.