President Joe Biden's first endorsed candidate in the 2022 cycle, Oregon Democrat Kurt Schrader, is down big in his primary fight against a far-left challenger.

As of Wednesday afternoon, Schrader trails liberal challenger Jamie McLeod-Skinner by a whopping 23 points with 61 percent of the vote in. The result comes as an embarrassment for Biden, who rarely wades into primary fights but backed Schrader in April in what was the president's first endorsement in the 2022 midterms.

"Kurt Schrader has had my back from early on and played an important part in the progress we have made as a nation," Biden said at the time. "That's why I'm proud to endorse Kurt in his reelection campaign for Congress."

Still, Schrader secured both Biden's and Pelosi's endorsements, which helped him massively outspend McLeod-Skinner. Schrader has spent $3.5 million to McLeod-Skinner's $580,000, and the incumbent also benefited from $2 million in outside group support.

Should McLeod-Skinner hold on against Schrader, the result could be damaging for Democrats as they fight an uphill battle to maintain their House majority in November. Schrader's Fifth Congressional District leans slightly Democratic, and McLeod-Skinner's progressive policies may alienate general election voters.

Whoever emerges from the primary fight will likely face Republican Lori Chavez-DeRemer in November. The small business owner leads her closest competitor by 12 points with 62 percent of the vote in. 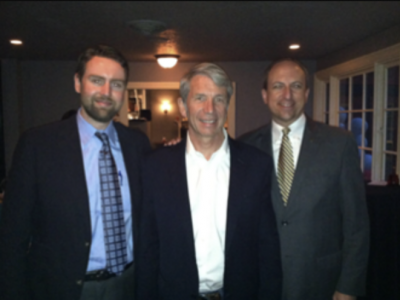