A former Hamilton cast member on Wednesday accused the Broadway musical of anti-transgender bias, according to a claim filed with the Equal Employment Opportunity Commission.

The performer, Suni Reid, a black man who identifies as nonbinary and uses the pronouns "they" and "them," said his contract with the show was not renewed after he requested a gender-neutral bathroom. Reid alleged he has been physically threatened and "misgendered" while performing with the production since 2017.

Reid's complaint comes on the heels of a renewed public debate over transgenderism. Comedian Dave Chappelle released a comedy special in October that has faced backlash for affirming the reality of biological gender.

Reid's lawyers said the decision to not renew Reid's contract casts doubt on the musical production's commitment to "diversity."

"Publicly, Hamilton is a beacon of diversity and appears committed to causes seeking social justice and harmony," attorneys Lawrence M. Pearson and Lindsay M. Goldbrum said in a statement. "Behind the curtain, however, the company’s management will force out a black, transgender cast member simply because they stood up for themselves and advocated for a more equitable workplace, and therefore called that public image into question."

The producers of the show denied Reid's allegations and said he had been "a valued cast member" for years, adding that they had offered to renew his contract and honor his request. The show also said it had paid for Reid's health insurance and housing when the show was shut down during the coronavirus pandemic.

Reid came out as transgender in 2019, two years after he had begun performing with the musical troupe. The complaint lists Reid's roles in Hamilton as Aaron Burr, George Washington, Hercules Mulligan/James Madison, and Marquis de Lafayette/Thomas Jefferson. 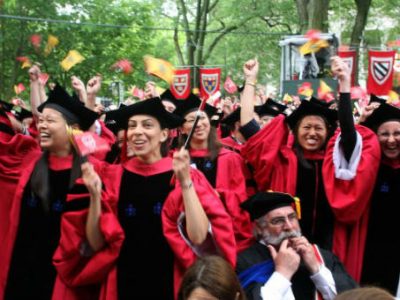