Fans of astrophysicist Neil deGrasse Tyson cheered the debut episode of "Cosmos," his reboot of the popular 1980s documentary series. What they might not realize that Tyson is in cahoots with a prominent oligarch whose sole goal in life is to undermine American democracy.

You see, Tyson is the director of the Hayden Planetarium at the American Museum of Natural History in New York City. He’s also a research associate in the museum’s department of astrophysics.

And guess who has donated $50 million to the American Museum of Natural History? 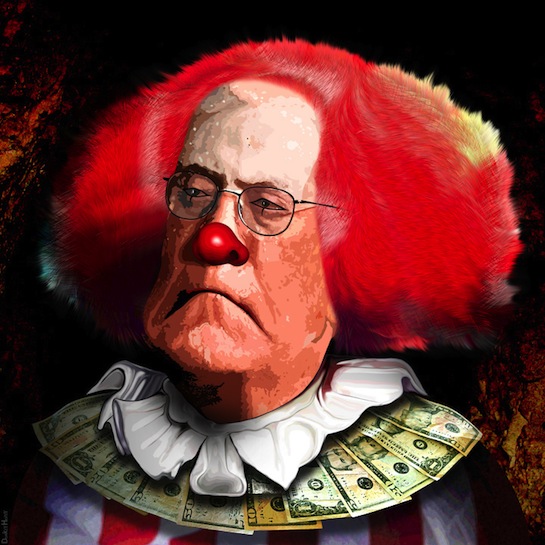 Libertarian philanthropist David Koch, who was recently described by Senate Majority Leader Harry Reid (D., Nev.) as "about as un-American as anyone that I can imagine," gave the museum $35 million in 2012, the largest single donation in its history. That was in addition to his $15 million gift in 2009.

We are talking about a man so evil that he recently gave $100 million to a hospital in Manhattan to fund a new ambulatory care center. Thankfully, dozens of pro-cancer liberals gathered over the weekend to protest the donation.

The good thing about Science is that it's true whether or not you believe in it.