For the uninitiated, watching mixed martial arts events can be like traveling to a foreign country, with Saturday’s Big Knockout Boxing being a visit to a more exotic locale than usual. As most fights judge wins by submission or by technicality, BKB is specially designed for knockouts. The only similarity between this flavor of MMA and traditional fighting in the octagon was that it was hosted by knockouts, such as lead knockout ring girl Caitlin O’Connor. 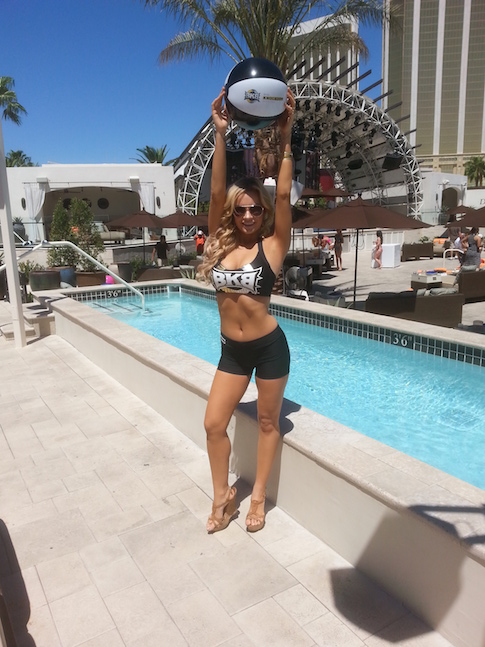 Caitlin and a team of ring professionals made sure that the event ran smoothly. Instead of traditional 10-to-12-round bouts, BKB uses five rounds to decide fights. 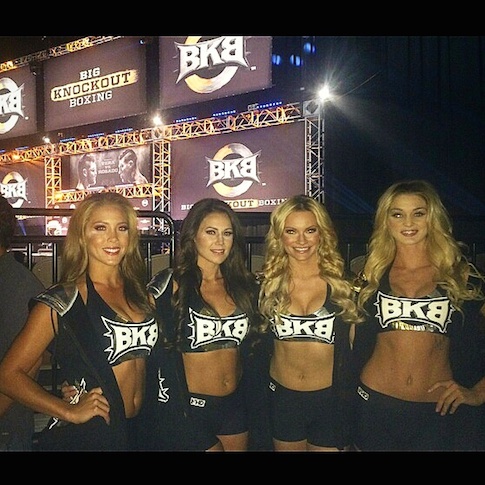 It was essential Caitlin remind spectators of the duration of the evening's fights. 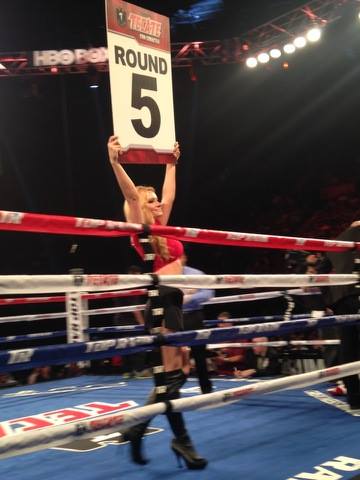 You knew she was the lead ring girl because her face was on the poster. 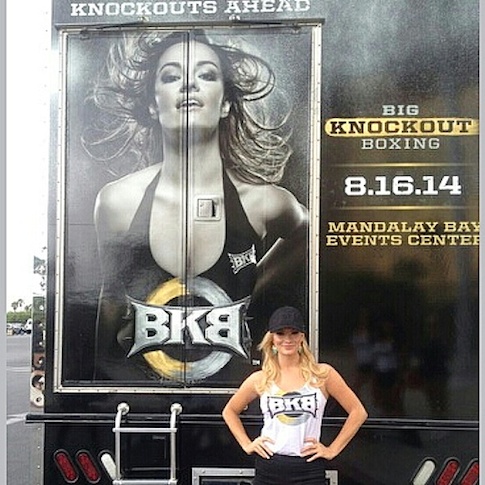 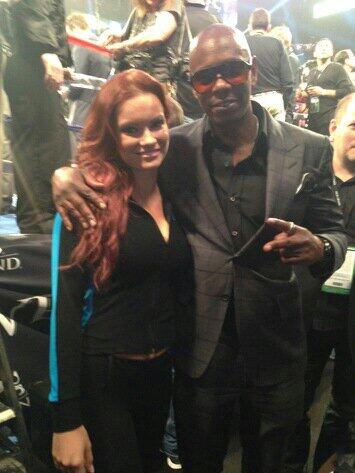 BKB didn't promote Caitlin as the star ring girl for any old reason. She's been in the modeling game for years. Here she is modeling a pair of glasses. 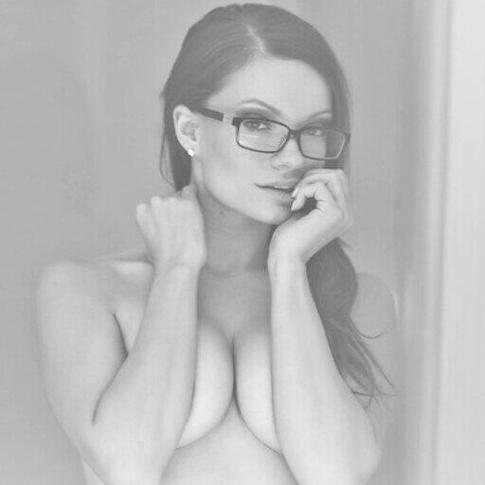 Here she is in Maxim's Hometown Hotties series, showing how she understands what goes on behind her. 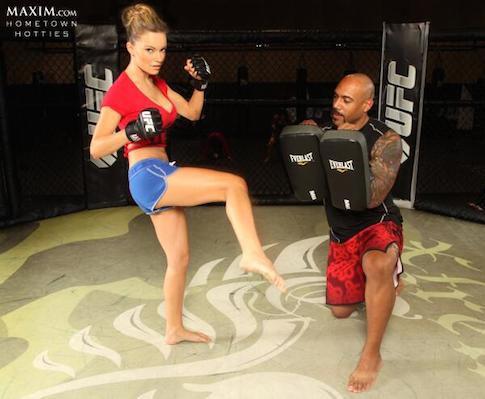 Don't take Caitlin lightly. She's just as lethal outside the ring as she is in it. 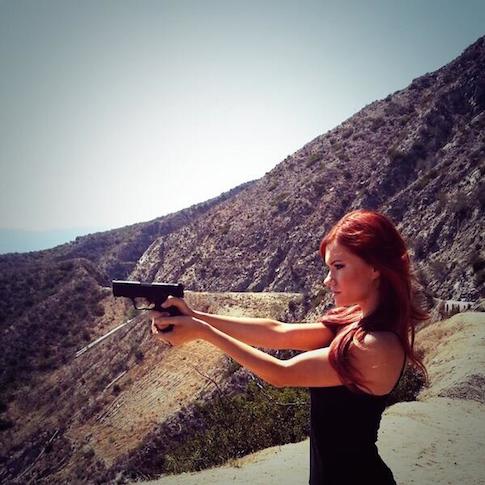