State Department spokeswoman Marie Harf suggested that "we cannot kill our way to victory" against ISIS on MSNBC last night. This flies in the face of literally the entirety of human history, through which, time and again, we have seen people killing other people lead to victory in armed combat.

But her dorm-room philosophizing did get me thinking. What if Marie Harf had access to a time machine? How would she have solved the world’s military conflicts? 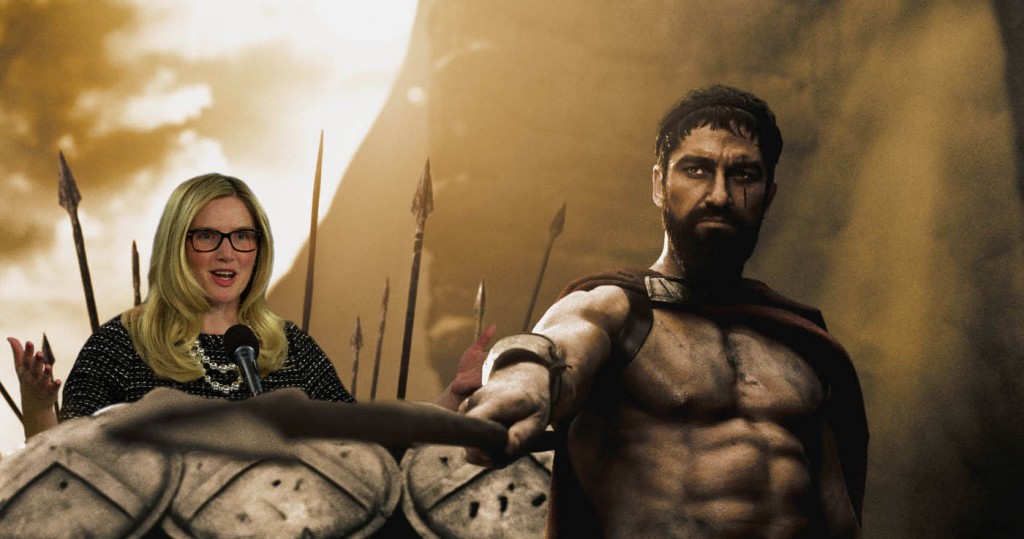 Advice given to Alexander of Macedon by Marie Harf 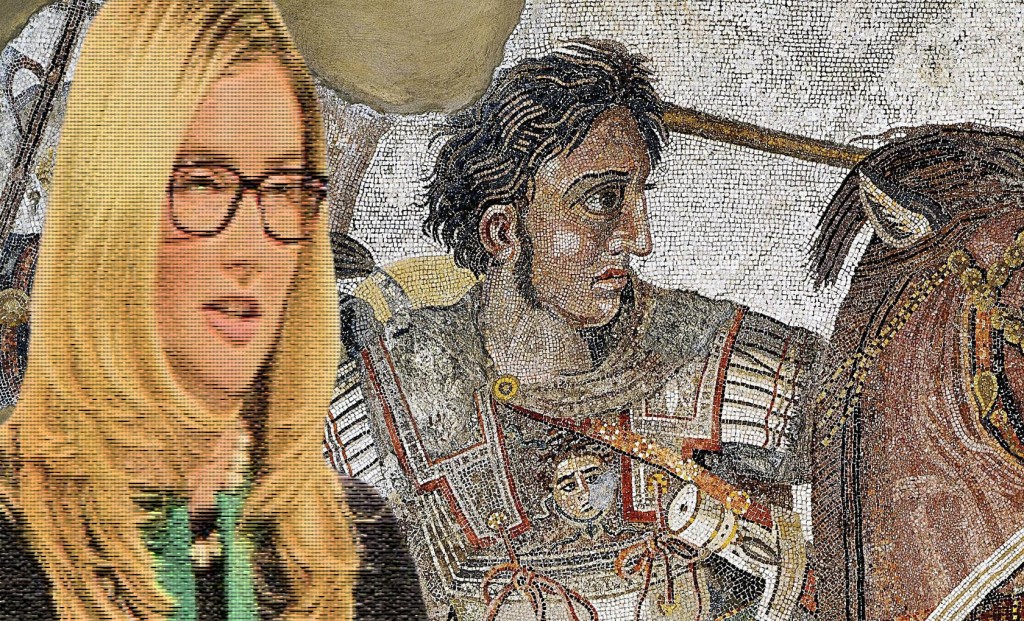 "There is nothing impossible to him who will try to reduce the impoverishment of those in other corners of the world."

Marc Antony, after discussing a forthcoming battle with Marie Harf 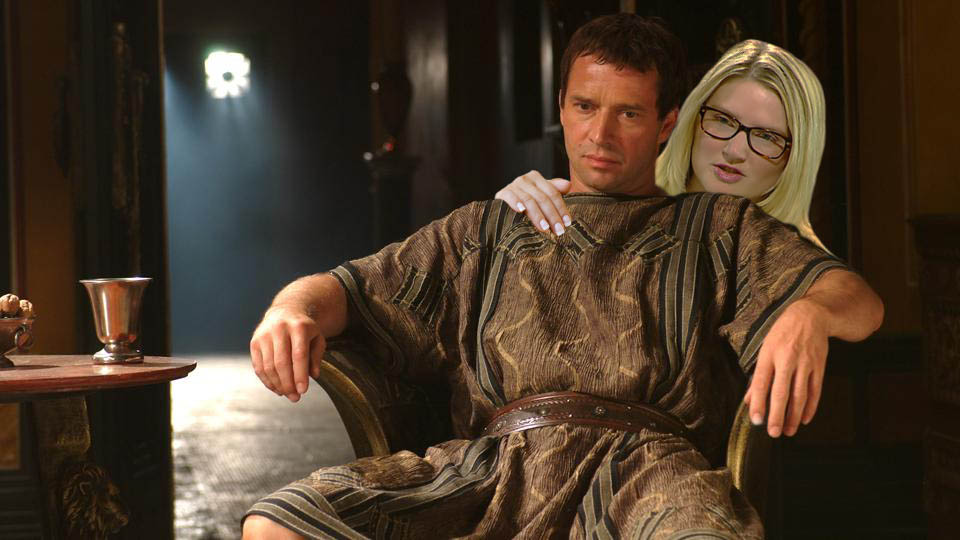 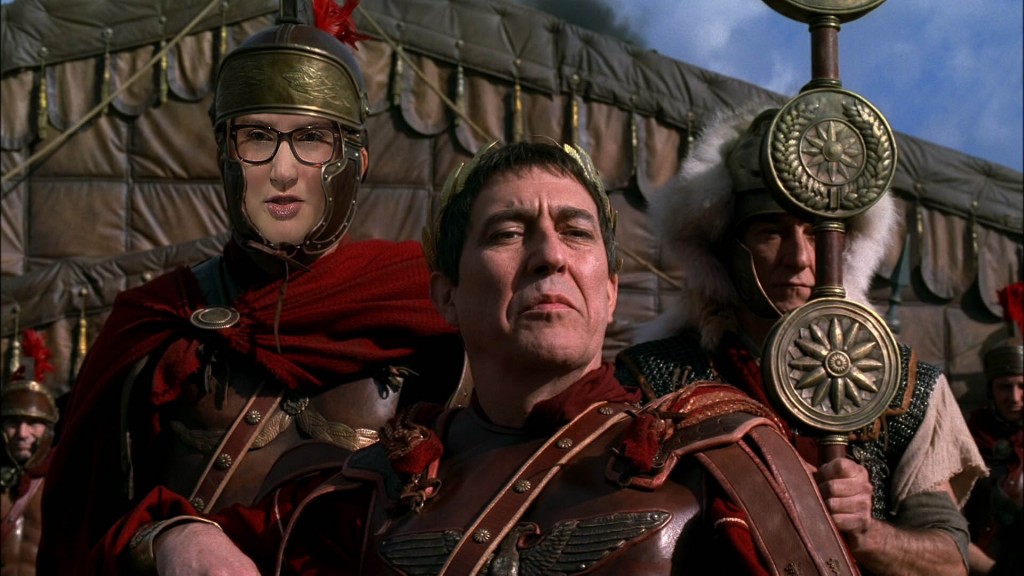 "I came, I saw, I provided significant social welfare benefits and jobs for the Gauls."

Marie Harf told Napoleon not to half-ass it 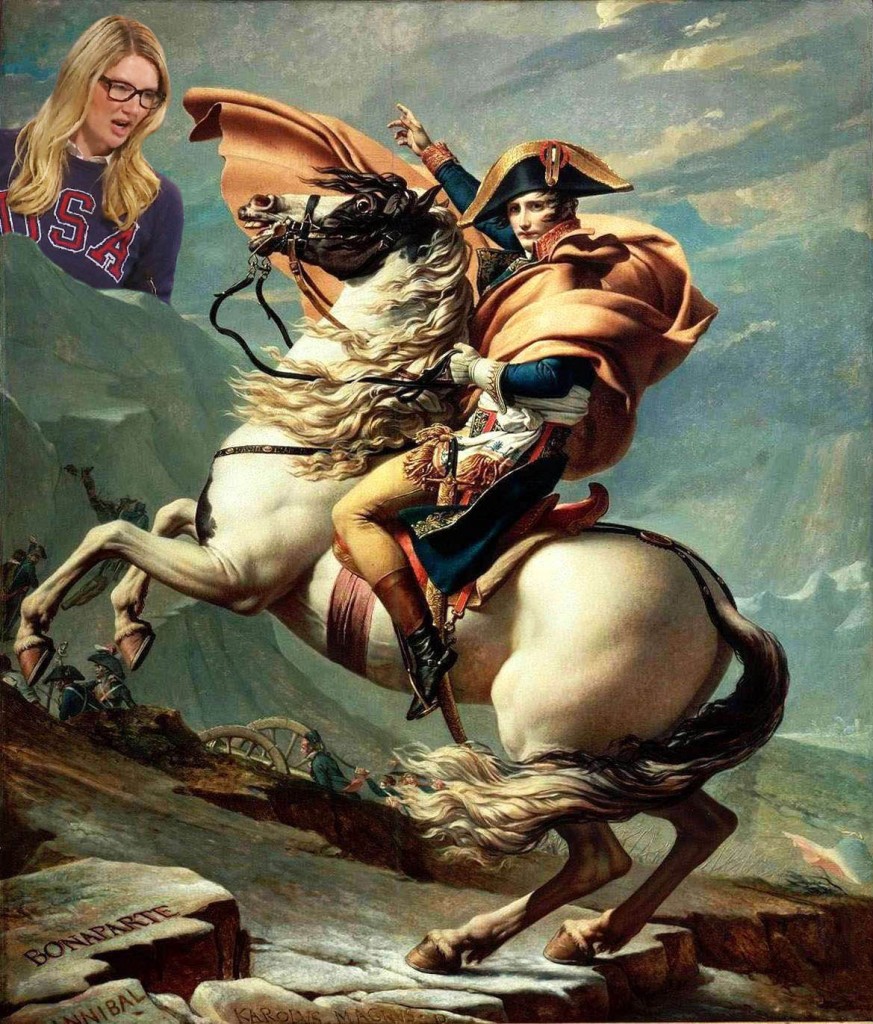 "When you set out to take Vienna, take Vienna. But first, consider providing the Viennese with employment opportunities so as to lessen their agitation and mitigate the need for taking it at all." 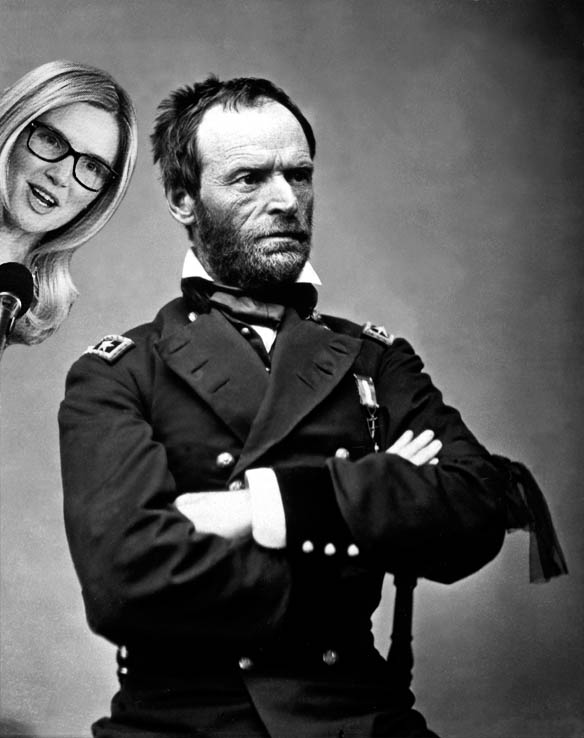 "This war differs from other wars. We are not fighting armies but a hostile people, and must make old and young, rich and poor alike fat with material wealth in order to gain their support."

Marie Harf Tells Churchill how to rally the British people 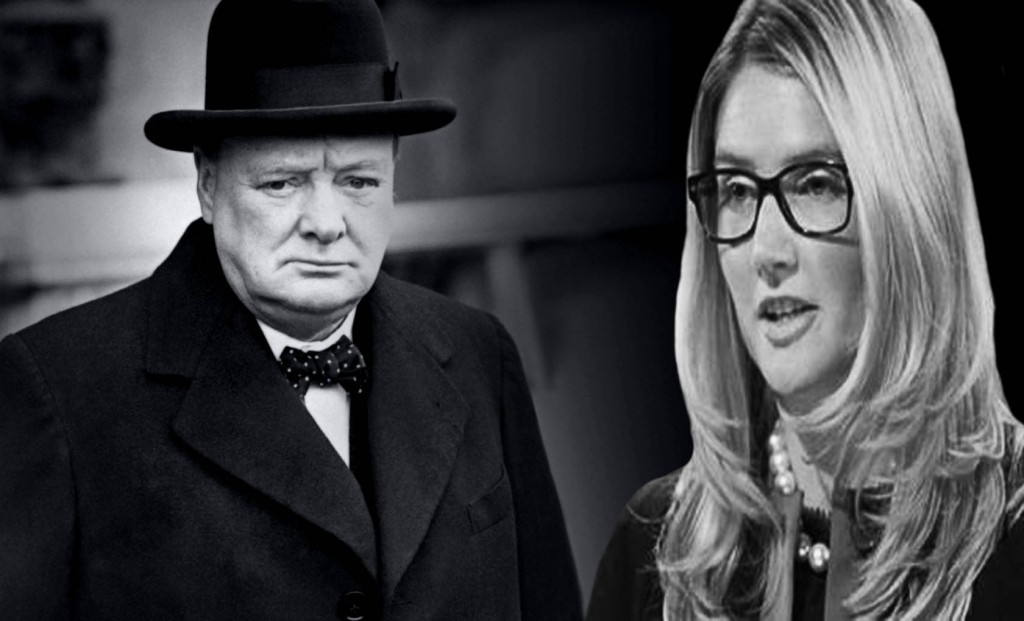 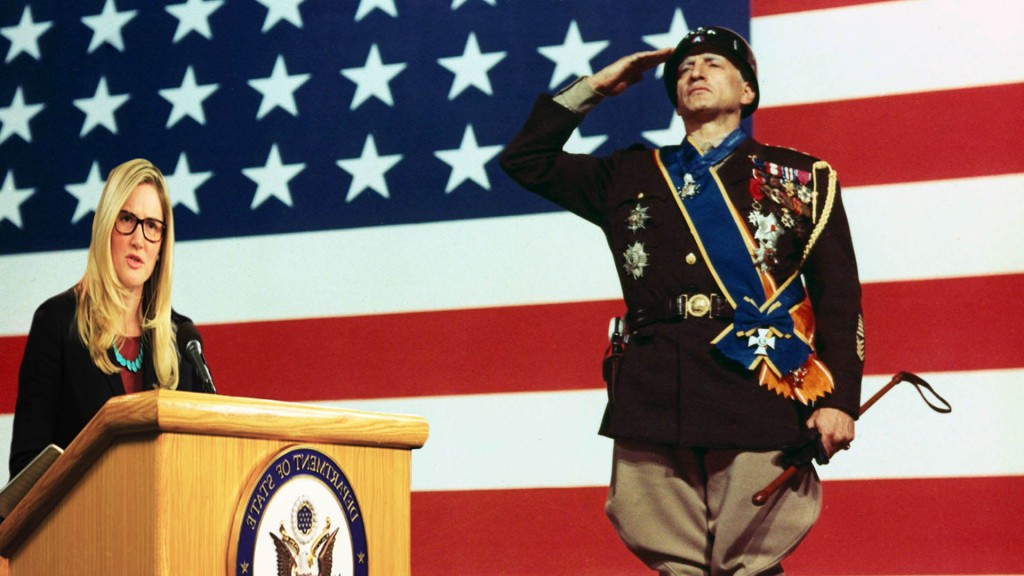 "No bastard ever won a war by dying for his country. He won it by curing poverty in the other poor dumb bastard’s country!"

(A mighty thanks to Andrew Stiles for help with the images.) 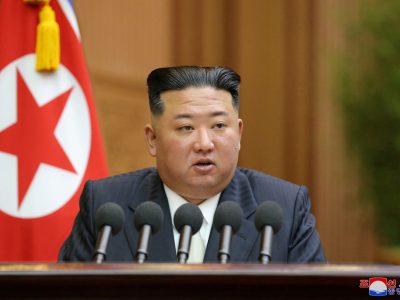