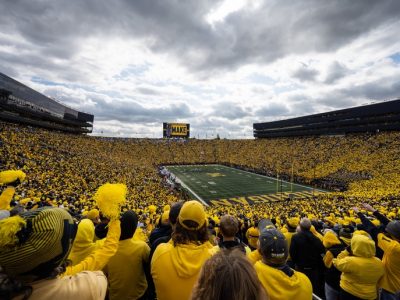 Football vs. Fútbol: Which Is in Bigger Trouble?

The NFL has a long term problem on its hands: brain research is making it increasingly clear that playing football stands a good chance of doing damage to your noggin. It's not just the massively violent hits that knock people out and lay them up in the hospital, it's also the accumulation of smaller hits, endured on the field during games and practices.

I think worries about the NFL crumbling due to lawsuits is a silly one—people choose to play the game, despite knowing it's a violent one. (Then again, I probably would have said the same thing about tobacco lawsuits, and we all saw how that turned out.)

As I said, the NFL's bigger problem is longer term: As parents have fewer children and become more protective of them, are they really going to let Lil Johnny go out there and turn his brain to mush? And as fewer children go into football—and more children funnel into other sports—the talent pool will start drying up. The Pop Warner leagues may not wither, but high school teams certainly will. College programs will find it harder and harder to recruit competent players and the level of play will decrease. As fewer great athletes play college ball the NFL will have a harder team replenishing its talent pool. In a couple of generations the league may have degenerated to the point that audiences turn their attention to other, more interesting, better-played sports. Like boxing before it, football may end up relegated to niche status. Who wants play a game that'll end up killing you?

Soccer, on the other hand, has a much more serious short term problem. As Brian Phillips notes at Grantland, Match-fixing is a massive, massive problem for fútbol and its fans.

This week, Europol, the European Union's criminal-intelligence division, announced that its investigation into match-fixing, codenamed "Operation Veto," had uncovered 680 suspicious games from 2008 to 2011. It's huge news, not because the results are particularly surprising — there's plenty of other evidence, even recent evidence, that match-fixing is rampant in global soccer — but because the sheer extent of the allegations means that we can no longer delude ourselves about what's happening. This is what's happening: Soccer is fucked. Match-fixing is corroding the integrity of the game at every level. It's not just South African friendlies or Korean league games or Chinese "black whistles"; it's not even just the occasional Calciopoli-type scandal that you can explain away by saying "well, Italy is Italy." Operation Veto found suspect World Cup qualifiers, suspect European Championship qualifiers, suspect Champions League games. It found 150 suspect matches at the international level, on multiple continents. It found 380 suspect matches in Europe overall. It found a suspect match involving Liverpool that was played at Anfield, arguably the most celebrated club and stadium in England.

This strikes me as a much larger problem—and possibly even a fatal one. When the very integrity of the sport is so deeply violated—when fans can't tell what is real and what is fake, as if it's professional wrestling rather than an athletic competition—how do you keep people interested in the game? As Phillips notes, "You no longer have a game at that point." Banning those involved is a first step, but it won't be enough. Gambling isn't going away.

So which is more screwed? The sport that will soon see itself run out of participants or the sport that no one can trust the validity of?

In unrelated news, pitchers and catchers start reporting next week.