Chuck Hagel Is That Guy

Secretary of Defense Chuck Hagel is that guy. He’s the guy who is always calling to ask where the party is, but it’s only 2:30 p.m. on a Saturday and you just want to chill for a few hours before going out. Plus, Hagel is excruciatingly dull to hang out with, as evidenced by his underwater approval rating.

His two best friends—John and Barry—are insufferable bores who talk too much. Most of the time, you end up telling him what he wants to hear just to get him off your back, and then, later, ignore his frenzied phone calls when you inevitably don’t show up at the place where you agreed to meet him.

Since the beginning of the crisis in Ukraine, Hagel has been trying to get in touch with his Ukrainian and Russian counterparts to find out what the hell is going on. At the height of the violent unrest in Kyiv, Hagel repeatedly reached out to the Ukrainian defense ministry, but was unable to get through. "It’s pretty unusual," a Hagel aide told reporters.

Later, following Russia’s annexation of Crimea and its covert invasion of eastern Ukraine, Hagel sought to get in touch Russian Defense Minister Sergei Shoigu. Once again, he was rebuffed. "We have made it clear to the Russians that Secretary Hagel is available for a phone call at any time," a Pentagon spokesman said last week. "We have reached out to them and made it very to them that he is willing to speak to his counterpart there at any time."

Now, as tensions in Ukraine continue to escalate, the Russians have finally gotten back to Hagel and have assured him that they have no plans to invade Ukraine. For his part, Hagel politely asked the Russians to help secure the release of seven inspectors from the Organization for Security and Cooperation in Europe, who are currently being detained in eastern Ukraine by "pro-Russian separatists," and to generally refrain from causing trouble.

They said they’d get right back to him. 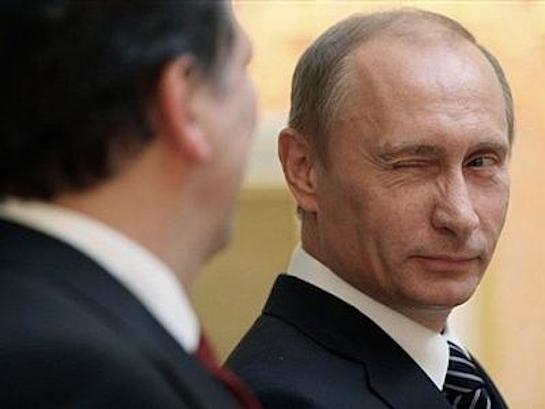