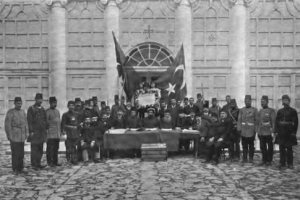 On July 24, 1908, a group of disaffected Ottoman military officers and members of the secretive Committee of Union and Progress (CUP) mounted a successful coup against the despotic rule of Sultan Abdulhamid II, and restored the constitution that he had suspended thirty years prior. What became known as the Young Turk Revolution brought euphoria and optimism to the multi-ethnic, multi-religious populations of the Ottoman Empire, who were enticed by the CUP with the promise, rooted in the rhetoric of the French Revolution, of ‘Liberty, Equality, and Fraternity.’ 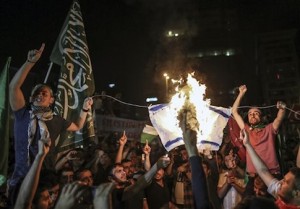 Israeli Defense Minister Moshe Ya'alon criticized Turkey for providing safe haven to Hamas operatives to plan and carry out attacks against Israel during a meeting with U.S. Defense Secretary Chuck Hagel at the Pentagon on Tuesday.
« Newer Articles
Previous Articles »