Tim Canova, a law professor and Democratic primary challenger to Rep. Debbie Wasserman Schultz (D., Fla.), told Fox News co-host Steve Doocy on Monday that it was "disappointing" to hear that she threatened the chief  of the U.S. Capitol Police during a May hearing.

Schultz told the Capitol Police chief that he had to hand over her computer equipment that was confiscated for a case against her IT staffer.

"We should point out that you are a law professor, so you know the law. Why do you think that that could be a demonstration of obstruction of justice?" Doocy asked.

"Well, it's disappointing," Canova said. "She said it in the context of the subcommittee meeting on appropriations. Was she holding  over the Capitol Police chief the fact that she's involved in the appropriations process. The whole thing is disappointing. You would hope that a congresswoman would want to cooperate with the police and not to get in the way and  demand equipment back."

Doocy said Schultz's IT aide, Imran Awan, has already been charged with bank fraud and Schultz waited until the day after he was arrested to fire him.

"She waited until the day after he was actually arrested and he had already destroyed a couple of hard drives, so it seems like he was at least trying to hide evidence. At the very least, it shows a lot of poor judgment and I know the voters in my district, they've been speaking with me," Canova said.

"People are just tired of this. It's one constant drama and scandal after another with her and she's a very divisive figure in the party. The part needs to unify and the voters want to talk about the issues," Canova added.

Awan was arrested last Monday at Dulles Airport after trying to fly to Pakistan, which prompted Schultz to fire him on Tuesday, the Washington Free Beacon reported.

Awan was one of five House contractors under investigation for "stealing equipment from members' offices without their knowledge" and "committing serious, potentially illegal, violations on the House IT network," Politico reported in March.

Wasserman Schultz had continued to employ Awan despite the allegations and his congressional IT privileges being revoked.

A preliminary hearing is scheduled for Aug. 21.

Leading members of the House Judiciary Committee and Government Oversight Committee told the Free Beacon that the appropriate congressional committee should launch an investigation into the contractors and Schultz.

"In addition to the criminal case that is now underway, Congress needs to get answers regarding the scope of Imran Awan's misconduct and the access he had to sensitive material in the United States House of Representatives, including why he remained on the House payroll for so long," Rep. Ron DeSantis (R., Fla.), a member of the Government Oversight Committee and chair of its National Security Subcommittee, told the Free Beacon. 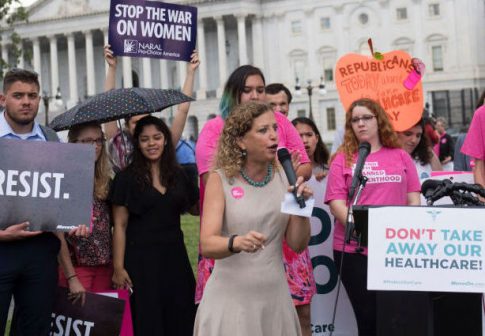 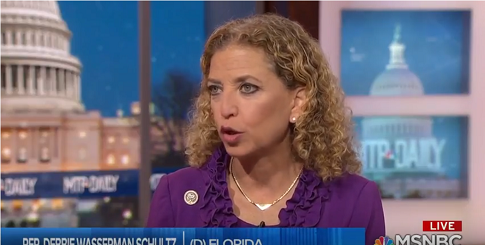