At least one of the messages from Hillary Clinton’s private email server contains information about Merrick Garland, the federal appeals court judge who President Obama has tapped to fill the vacancy on the Supreme Court.

A search of documents released by the State Department by way of the Freedom of Information Act revealed that Merrick Garland was referenced in an email sent by aide Philippe Reines to Clinton’s personal account in August 2012.

Under the subject line "65 & Over," Reines sent "H"–denoting Clinton’s private account–an Associated Press article about the U.S. Court of Appeals for the District of Columbia ruling against the State Department in an age bias case. Cheryl Mills, Clinton’s former chief of staff, was also copied on the email.

According to the article, the court in a 2-to-1 ruling sided with John Miller, who was dismissed from his position as a safety inspector at the U.S. embassy in Paris in 2007 when he turned age 65. The State Department had argued that Miller, a U.S. citizen, was exempt from the Age Discrimination in Employment Act because he was hired in France under a contract that mandated retirement at age 65.

Garland’s name turned up in the email because he wrote the majority opinion in the case.

"As the Supreme Court has repeatedly reminded us, Congress ‘does not, one might say, hide elephants in mouseholes,’" Garland, now the chief judge on the D.C. Circuit court, wrote.

"Exemptions from the statutory protections afforded to U.S. citizens against discrimination by their own government are surely elephants. And the provisions the State Department cites as purportedly authorizing such exemptions are surely mouseholes–and well-camouflaged ones at that."

The State Department would not offer comment for the Associated Press story at the time, citing the ongoing case.

The email sent to Clinton was released in full on November 30, 2015, and is not marked classified. Reines did not comment on the ruling in the email, nor does Clinton appear to have registered a response to the message.

Obama announced Wednesday that he is nominating Garland to replace the late Justice Antonin Scalia on the Supreme Court, the latest development in a fierce debate over whether an appointment should be delayed until after the 2016 election. Several Republicans in the Senate, led by Majority Leader Mitch McConnell (R., Ky.), have said they will not hold hearings on an Obama nominee.

Garland, viewed by some as a centrist, was nominated to the D.C. appeals court by President Bill Clinton in 1995.

"He has chosen a nominee with considerable experience on the bench and in public service, a brilliant legal mind, and a long history of bipartisan support and admiration," Clinton said. "Now, it’s up to members of the Senate to meet their own, and perform the Constitutional duty they swore to undertake."

She urged the Senate to "immediately" hold a hearing on Garland’s nomination and follow it with a vote.

While Democrats have seized on the matter as a means to criticize Republicans, video has recently emerged showing then-Sen. Joe Biden arguing in 1992 that President George H.W. Bush should delay a nomination to the Supreme Court until after the election. Republicans have also pointed out that Obama as a senator filibustered the nomination of Supreme Court Justice Samuel Alito in 2006. 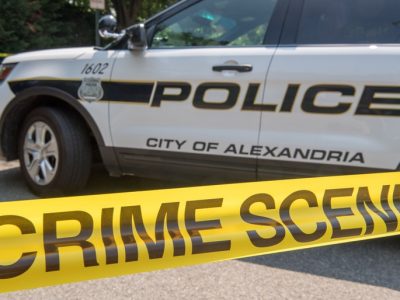