The seasoned news anchor was accused of bias for her remarks about Broaddrick's rape allegation against Clinton, which she made during a video package about Republican presidential nominee Donald Trump in May.

"Donald Trump using that word [rape] unprompted during an interview last night with Fox News’ Sean Hannity, bringing up a discredited and long-denied accusation against former president Bill Clinton, dating back to 1978 when he was Arkansas Attorney General," Mitchell says in a voice over for the original segment.

The segment is still available on NBC News and lists a May 19 dateline. However, Mitchell’s remark that Broaddrick’s accusation is "discredited" has been deleted. Mitchell only says the rape has been "long denied" by the Clintons. The audio jumps forward awkwardly, indicating that it was edited.

It is unclear when NBC News deleted the line. The network did not provide an update to the story or acknowledge that the segment was edited since its original release. A request for comment from NBC News was not immediately returned.

The segment’s description only refers to Broaddrick’s claim of sexual assault as a "long-denied allegation."

This is not the first time NBC has doctored video about Broaddrick. In January, MSNBC edited out footage of a reporter who repeatedly asked Bill Clinton about Broaddrick’s reemergence.

Mitchell’s very long career has been damaged by deceptive edits before. In 2012, Mitchell altered Republican nominee Mitt Romney’s remarks at a campaign stop in Pennsylvania to make it appear that he did not know how to order a sandwich from WaWa.

When caught, Mitchell was forced to address the issue, but did not apologize.

Broaddrick first came forward in 1999, saying she was raped by Bill Clinton in a hotel room when he was the attorney general of Arkansas. Broaddrick said Clinton forcibly raped her in 1978, biting her lip so hard that it bled.

Broaddrick’s claim has received renewed attention this campaign season after she tweeted about the sexual assault claim in January.

"I was 35 years old when Bill Clinton, Ark. Attorney General raped me and Hillary tried to silence me," she said. "I am now 73…it never goes away."

Shortly after, NBC News reportedly tried to interview Broaddrick, but the network said it declined to pursue the interview because there was not "anything new" about her story.

New developments include Broaddrick’s acknowledgment that she did not go to the police at the time because she was in a "state of shock and felt like it was [her] fault."

Broaddrick also says she was personally threatened by Hillary Clinton after she came forward in the 1990s.

Hillary Clinton has more recently said that all victims of sexual assault have the "right to be believed." 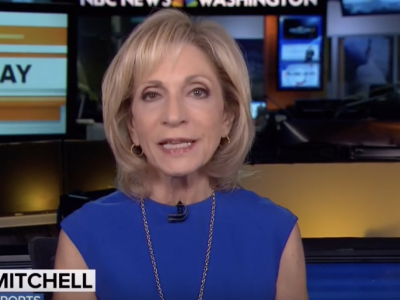