Reid appeared to be shaming Trump on Friday for marrying two women who were not Americans, but from former "Soviet Yugoslavia."

Donald Trump married one American (his second wife) and two women from what used to be Soviet Yugoslavia: Ivana-Slovakia, Melania-Slovenia.

1. Yugoslavia was never part of the Soviet Union or in its sphere of influence. On the contrary, the communist country was well-known throughout the Cold War for its rocky relationship with Moscow.

2. Slovakia was never a part of Yugoslavia. As the name suggests, Slovakia was part of Czechoslovakia until the country broke apart in 1993.

3. Ivana Trump is not Slovakian. She was born and raised in what is today the Czech Republic. An ethnic Czech, she even taught the language to her oldest son, Donald Trump Jr.

Reid was ridiculed for her errors, as well as the "xenophobic" attitude underlying the tweet.

You should really read a history book
U
G
O
S
L
A
V
I
A https://t.co/8bZGxdIEhZ

The blatant xenophobia aside, Czechoslovakia was not part of Yugoslavia, and neither were in the USSR@JoyAnnReid https://t.co/HGFs6egEY1

Conservatives are such nativist ignoramuses. https://t.co/5pXupsFV7Q

Can you see Soviet Yugoslavia from your house? https://t.co/DLnuRGdOND 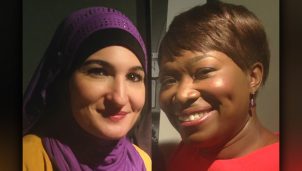