A prominent Boston lobbying firm tweeted, then deleted, that it held a fundraiser Monday for Sen. Jeanne Shaheen (D., N.H.) and her reelection campaign, where the candidate discussed the effects of Obamacare.

The tweet included a picture of Shaheen with Tom O'Neill, former Massachusetts Lieutenant Governor and son of former Speaker of the House Tip O'Neill. O’Neill’s firm lobbies for the insurance industry and is politically well-connected.

According to the Center for Responsive Politics, Shaheen has received $2,500 from the O’Neill and Associates political action committee.

The tweet was later deleted, but it turns out the Internet is forever. 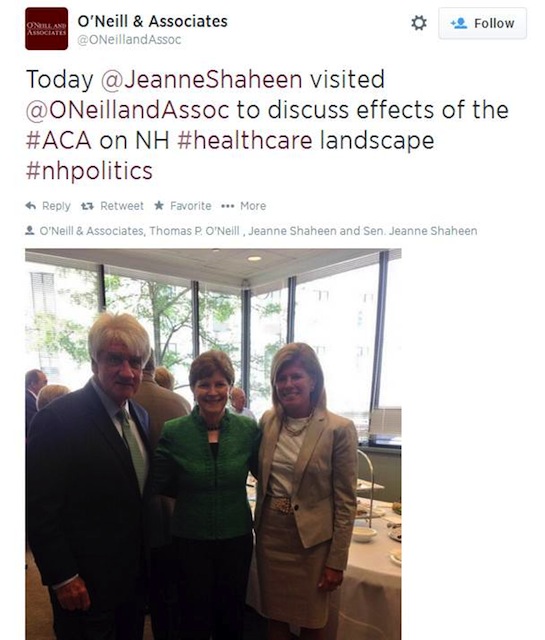 The deleted tweet gave ammo to the New Hampshire GOP and Shaheen’s Republican challenger Scott Brown, who accused Shaheen of avoiding talking about Obamacare in public with New Hampshire voters.

"Senator Shaheen may be able to delete a tweet, but she can’t delete the fact that she has not held an event with the people of New Hampshire to talk about Obamacare," Brown campaign manager Colin Reed said in a statement to the Free Beacon. "Voters should question why she has no problem discussing Obamacare with lobbyists in Boston but won't do an event in her home state to talk about it with her own constituents." 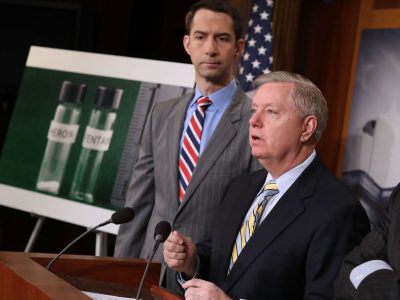 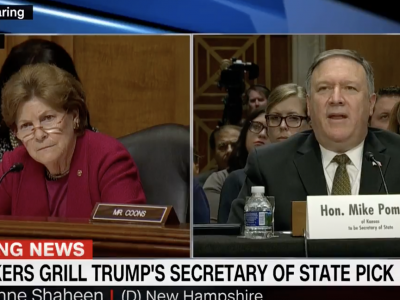 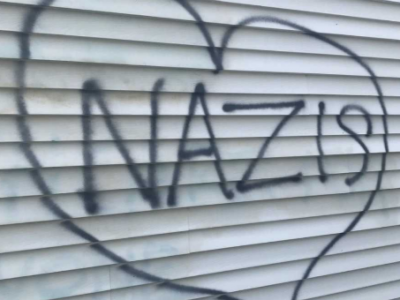