Truther in runoff for the Dem nomination for U.S. Senate

Democrats have been pouring millions of dollars into the Lone Star state as part of an effort to "turn Texas blue," but the party’s U.S. Senate runoff between a 9/11 truther and a little-known businessman highlights the party’s continuing struggle to develop competitive candidates in the state.

Sporadic fringe candidate Kesha Rogers and wealthy Dallas dentist David Alameel are locked in a runoff after neither won at least 50 percent of the vote in the Democratic primary in March.

The winner of the May 27 race will challenge incumbent Republican Sen. John Cornyn in the general election.

The Texas Democratic Party has repeatedly distanced itself from Rogers, a long-time acolyte of left-wing conspiracy theorist Lyndon LaRouche.

Rogers supports the impeachment of President Barack Obama, has questioned the official account of the Sept. 11 attacks, and has compared U.S. officials to the Nazis.

In an interview with the Iranian government-run Press TV this week, Rogers called Obama "a puppet of the British empire," and accused the West of supporting "a Nazi policy" in Ukraine by opposing Russia’s annexation of Crimea.

"The British Empire, the empire system, is bankrupt right now and so the policy is to go for World War III and thermonuclear war," said Rogers. "I’m speaking as the knowledge and authority as a long term collaborator for over 10 years now with leading economist and political statesman Lyndon Larouche."

On her website, Rogers accuses Wall Street of running a "genocidal reign of terror" and calls for Obama to be "impeached, forced to resign, or otherwise legally removed."

Rogers’s relative success in the March primary, where she came in second to Alameel with 21.7 percent of the vote, came despite Democratic efforts to snuff out her candidacy.

The Texas Democratic Party states on its website that it "does not support the candidacy of Kesha Rogers for U.S. Senate," and has blasted out emails telling supporters to vote against her.

Meanwhile, her opponent Alameel, who won just under 50 percent of the vote in the March race, has been endorsed by prominent Texas Democrats, including gubernatorial candidate Wendy Davis.

But while Alameel is far more mainstream than his opponent, he comes with baggage as well. The Houston Chronicle reported last week that Alameel’s chain of dental clinics settled sexual harassment claims by at least four women in federal court in 2008.

A jury sided with Alameel’s clinics in a civil trial in 2004, but the chain was forced to settle the federal discrimination complaints four years later.

Alameel’s campaign told the Chronicle that the claims were "proven to be false, untrue, and without merit in a court of law against an employee of the Jefferson Dental Clinics over a decade ago."

However, the U.S. Equal Employment Opportunity Commission said it found reasonable evidence that the women "were subjected to a sexually hostile work environment and were discharged in retaliation for complaining about the discriminatory conduct."

Alameel also traveled to Afghanistan in 2000 as part of an unofficial delegation of businessmen who were attempting to conduct back channel negotiations with the Taliban, the Dallas Morning News reported in February.

While Alameel has provided few details about the visits, they are described in a book written by the late Texas businessman Kabir Mohabbat in his book Delivering Osama.

According to Mohabbat, the delegation was attempting to persuade the Taliban to hand over Osama bin Laden in exchange for the lifting of international sanctions. Mohabbat wrote that the group included private investors and individuals interested in doing business in Afghanistan.

In the late 1990s, several oil companies, including Unocal Corporation, tried to negotiate with the Taliban to construct a trans-Afghanistan oil pipeline.

Clinton administration officials also quietly carried out talks with the fundamentalist regime between 1995 and 2000.

Alameel’s campaign did not respond to questions about his involvement.

The negotiations were unsuccessful and have become a source of controversy. Critics say the Taliban was able to buy time while it sheltered al Qaeda leaders as they plotted and carried out attacks on the USS Cole, the World Trade Center, and the Pentagon.

The Texas GOP says so far they have not seen much of a change this election cycle, despite the Democratic Party pouring resources and money into the state.

"They’ve spent millions and millions of dollars, they’ve hired dozens and dozens of people, they’ve had a new group that’s been working here for about a year and a half," said Munisteri. "If you look at the public polls for [Democratic gubernatorial candidate] Wendy Davis and [Republican gubernatorial candidate] Greg Abbott, Greg Abbott has extended his lead since the race began."

Battleground Texas, a group run by former Obama campaign official Jeremy Bird, did not respond to request for comment.

The RealClearPolitics polling average shows Abbott with a 12.3 percent lead on Davis.

"They’re working hard, they’re spending lots of money but they’re putting most of it behind Wendy Davis, and they have a very flawed candidate who’s generally too liberal for the state of Texas," said Munisteri. 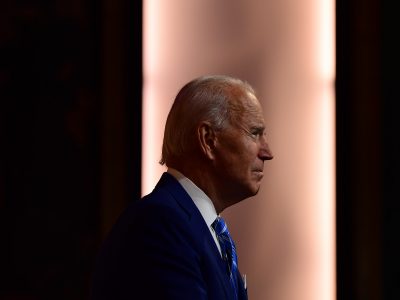 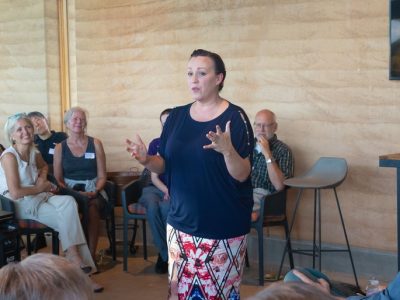