Prior to going to Iraq in 2004, Gen. James Mattis answered a colleague's request to elaborate on the importance of reading for military officers. That response made its way into an email that subsequently went viral:

With Rifle and Bibliography: General Mattis on Professional Reading

The problem with being too busy to read is that you learn by experience (or by your men’s experience), i.e. the hard way. By reading, you learn through others’
experiences, generally a better way to do business, especially in our line of work where the consequences of incompetence are so final for young men.

Thanks to my reading, I have never been caught flat-footed by any situation, never at a loss for how any problem has been addressed (successfully or unsuccessfully) before. It doesn’t give me all the answers, but it lights what is often a dark path ahead.

With [Task Force] 58, I had w/ me Slim’s book, books about the Russian and British experiences in [Afghanistan], and a couple others. Going into Iraq, "The Siege" (about the Brits’ defeat at Al Kut in WW I) was req’d reading for field grade officers. I also had Slim’s book; reviewed T.E. Lawrence’s "Seven Pillars of Wisdom"; a good book about the life of Gertrude Bell (the Brit archaeologist who virtually founded the modern Iraq state in the aftermath of WW I and the fall of the Ottoman empire); and "From Beirut to Jerusalem". I also went deeply into Liddell Hart’s book on Sherman, and Fuller’s book on Alexander the Great got a lot of my attention (although I never imagined that my HQ would end up only 500 meters from where he lay in state in Babylon).

Ultimately, a real understanding of history means that we face NOTHING new under the sun.

For all the "4th Generation of War" intellectuals running around today saying that the nature of war has fundamentally changed, the tactics are wholly new, etc, I must respectfully say … "Not really": Alex the Great would not be in the least bit perplexed by the enemy that we face right now in Iraq, and our leaders going into this fight do their troops a disservice by not studying (studying, vice just reading) the men who have gone before us.

We have been fighting on this planet for 5000 years and we should take advantage of their experience. "Winging it" and filling body bags as we sort out what works reminds us of the moral dictates and the cost of incompetence in our profession. As commanders and staff officers, we are coaches and sentries for our units: how can we coach anything if we don’t know a hell of a lot more than just the [Tactics, Techniques, and Procedures]? What happens when you’re on a dynamic battlefield and things are changing faster than higher [Headquarters] can stay abreast? Do you not adapt because you cannot conceptualize faster than the enemy’s adaptation? (Darwin has a pretty good theory about the outcome for those who cannot adapt to changing circumstance — in the information age things can change rather abruptly and at warp speed, especially the moral high ground which our regimented thinkers cede far too quickly in our recent fights.) And how can you be a sentinel and not have your unit caught flat-footed if you don’t know what the warning signs are — that your unit’s preps are not sufficient for the specifics of a tasking that you have not anticipated?

Perhaps if you are in support functions waiting on the warfighters to spell out the specifics of what you are to do, you can avoid the consequences of not reading. Those who must adapt to overcoming an independent enemy’s will are not allowed that luxury.

This is not new to the USMC approach to warfighting — Going into Kuwait 12 years ago, I read (and reread) Rommel’s Papers (remember "Kampstaffel"?), Montgomery’s book ("Eyes Officers"…), "Grant Takes Command" (need for commanders to get along, "commanders’ relationships" being more important than "command relationships"), and some others.

As a result, the enemy has paid when I had the opportunity to go against them, and I believe that many of my young guys lived because I didn’t waste their lives because I didn’t have the vision in my mind of how to destroy the enemy at least cost to our guys and to the innocents on the battlefields.

Hope this answers your question…. I will cc my ADC in the event he can add to this. He is the only officer I know who has read more than I. 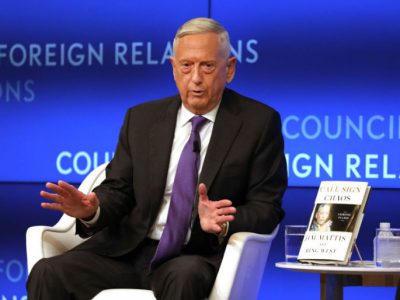