The Pentagon is intensifying military planning for war on the Korean Peninsula despite the apparent thaw between North Korea and the United States over Pyongyang’s nuclear weapons and long-range missile program.

Pentagon officials say the military planning has increased in recent weeks and involves reworking and refining Op Plan 5027, as the war plan for a conflict against North Korea is called.

The activity is being done by planners in the Pentagon in coordination with officials from U.S. Forces Korea, the military command in South Korea. The objective is to determine how best to execute President Trump’s order to eliminate the North Korean nuclear program. 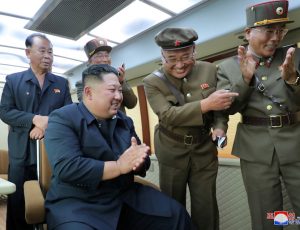