The federal government has spent $2.2 million studying why three quarters of lesbians are obese despite sequestration-mandated budget cuts that critics warned could "delay progress in medical breakthroughs."

The project has survived budget cuts due to sequestration, which the NIH warned would "delay progress in medical breakthroughs."

The study, being led by S. Bryn Austin, an associate epidemiologist at Brigham and Women's Hospital, sets out to find the biological and social factors for why "three-quarters" of lesbians are obese and why gay males are not.

At the time this study was first reported, a spokesman for the Eunice Kennedy Shriver National Institute of Child Health and Human Development (NICHD), which is administering the project, said its future was uncertain because of the sequester.

"The NIH is currently assessing the impact on funding due to sequestration," said Robert Bock, press officer for the NICHD, in March. "It is not possible to say how this (or any other NIH grant) will be affected in the long term beyond the 90 percent funding levels already in place."

The NIH said the automatic budget cuts forced the agency to cut 5 percent of its fiscal year 2013 budget, amounting to a $1.55 billion reduction in spending.

"NIH must apply the cut evenly across all programs, projects, and activities (PPAs), which are primarily NIH institutes and centers," the agency said in June. "This means every area of medical research will be affected."

The NIH said cuts to research are "delaying progress in medical breakthroughs," including the development of cancer drugs and research on a universal flu vaccine.

The study on disparities between sexual orientation and obesity continues to receive funding.

"Obesity is one of the most critical public health issues affecting the U.S. today," the grant’s "public health relevance" statement reads. "Racial and socioeconomic disparities in the determinants, distribution, and consequences of obesity are receiving increasing attention; however, one area that is only beginning to be recognized is the striking interplay of gender and sexual orientation in obesity disparities."

"It is now well-established that women of minority sexual orientation are disproportionately affected by the obesity epidemic, with nearly three-quarters of adult lesbians overweight or obese, compared to half of heterosexual women," the project’s abstract states. "In stark contrast, among men, heterosexual males have nearly double the risk of obesity compared to gay males."

Though Bock declined to comment for this story, the NIH issued a general statement to the Washington Free Beacon defending the study as part of its overall mission to reduce obesity in the United States.

"NIH research addresses the full spectrum of human health across all populations of Americans," the NIH said. "Research into unhealthy human behaviors that are estimated to be the proximal cause of more than half of the disease burden in the U.S. will continue to be an important area of research supported by NIH."

"Only by developing effective prevention and treatment strategies for health-injuring behaviors such as smoking, excessive alcohol consumption, drug abuse, inactivity, and poor diet, can we reduce the disease burden in the U.S. and thus enhance health and lengthen life, which is the mission of the NIH," they said.

Thus far, the study has yielded one report, published in January, which found that gay and bisexual males had a "greater desire for toned muscles than completely and mostly heterosexual males." 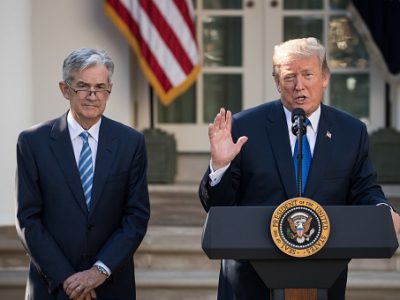