By Tom Perry and Alexander Dziadosz

CAIRO (Reuters) – Islamist protests descended into a bloodbath across Egypt on Friday, with around 50 killed in Cairo alone on a "Day of Rage" called by followers of ousted President Mohamed Morsi to denounce a crackdown by the army-backed government.

As automatic gunfire echoed across Cairo, the standoff seemed to be sliding ever faster towards armed confrontation, evoking past conflict between militant Islamists and the state in the most populous Arab nation.

More than 40 people were also killed in provincial cities, taking the overall toll close to 100, although the intense shooting eventually died down in Cairo at dusk as a curfew began.

While Western governments urged restraint after hundreds died when security forces cleared protest camps two days ago, Saudi Arabia's King Abdullah endorsed the government's tactics against the Muslim Brotherhood, saying on Friday his nation stood with Egypt in its battle against "terrorism".

Army helicopters hovered low over supporters of Morsi's Brotherhood in Ramses Square, the theatre of much of Friday's bloodshed in Cairo, black smoke billowing from at least one huge blaze which lit up the night sky after sundown.

A Reuters witness saw the bodies of 27 people, apparently hit by gunfire and birdshot, wrapped in white sheets in a mosque. A Reuters photographer said security forces opened fire from numerous directions when a police station was attacked.

"Sooner or later I will die. Better to die for my rights than in my bed. Guns don't scare us anymore," said Sara Ahmed, 28, a business manager who joined the demonstrators in Cairo. "It's not about the Brotherhood, it's about human rights."

A security official said 24 policemen had been killed and 15 police stations attacked since late Thursday, underlining the increasing ferocity of the violence.

Egyptian state media have hardened their rhetoric against the Brotherhood – which ruled Egypt for a year until the army removed Morsi on July 3 – invoking language used to describe militant groups such as al Qaeda and suggesting there is little hope of a political resolution to the crisis.

Showing no sign of wanting to back down, the Brotherhood announced a further week of nationwide protests.

Islamists have periodically been in conflict with the Egyptian military for decades. Nationalist General Gamal Abdel Nasser staged a crackdown on the Brotherhood in the 1950s and another followed before and after the 1981 assassination of President Anwar Sadat by fundamentalist officers. In the 1990s militants waged a bloody campaign for an Islamic state.

The army deployed armored vehicles on major roads around the capital and the Interior Ministry said before Friday's protests began that police would use live ammunition against anyone threatening public buildings.

Anger on the streets was directed at army commander General Abdel Fattah al-Sisi, who moved against Morsi last month after massive street rallies against his administration that had been dogged by accusations of incompetence and partisanship.

"The people want the butcher executed," said Mustafa Ibrahim, 37, referring to Sisi, as he marched with a crowd of several thousand on downtown Cairo under blazing summer sun.

The Brotherhood said in a statement: "The coup makers have lost all lost their minds, norms and principles today."

State television said 16 people died in clashes in Alexandria, Egypt's second city, and 140 were wounded. Eight protesters died in the coastal town of Damietta and five in Fayoum south of Cairo. The Suez Canal cities of Ismailia, Port Said and Suez all had deathtolls of four, as did Tanta in the Nile delta.

A police conscript was shot dead in the north of Cairo, state news agency MENA reported. Nile TV showed video of a gunman among Islamist protesters firing from a city bridge.

Witnesses said Morsi supporters ransacked a Catholic church and a Christian school in the city of Malawi. An Anglican church was also set ablaze. The Brotherhood, which has been accused of inciting anti-Christian sentiment, denies targeting churches.

Signaling his displeasure at the worst bloodshed in Egypt for generations, U.S. President Barack Obama said on Thursday normal cooperation with Cairo could not continue and announced the cancellation of military exercises with Egypt next month.

"We deplore violence against civilians," he said, but did not cut off $1.55 billion a year of mostly military U.S. aid.

The European Union asked its members to consider "appropriate measures" it could take, while Germany announced it was reviewing relations with Cairo.

The Egyptian presidency issued a statement criticizing Obama, saying his comments were not based on "facts" and would strengthen violent groups that were committing "terrorist acts".

Some fear Egypt is turning back into the kind of police state that kept the veteran autocrat Hosni Mubarak in power for 30 years before his removal in 2011, as security institutions recover their confidence and reassert control.

In calling for a "Day of Rage," the Brotherhood used the same name as that given to the most violent day of the uprising against Mubarak. That day, January 28, 2011, marked protesters' victory over the police, who were forced to retreat.

The centre of the anti-Mubarak protests, Tahrir Square, was deserted on Friday, sealed off by the army.

Washington's influence over Cairo has been called into question following Morsi's overthrow. Since then Saudi Arabia, Kuwait and the United Arab Emirates have pledged $12 billion to Egypt, making them more prominent partners.

"The Kingdom of Saudi Arabia, its people and government stood and stand by today with its brothers in Egypt against terrorism," King Abdullah said in an uncompromising message read out on Saudi television.

"I call on the honest men of Egypt and the Arab and Muslim nations … to stand as one man and with one heart in the face of attempts to destabilize a country that is at the forefront of Arab and Muslim history," he said.

Obama's refusal so far to cut off U.S. aid to Egypt suggests he does not wish to alienate the generals, despite the scale of the bloodshed in the suppression of Morsi supporters.

Egypt will need all the financial support it can get in the coming months as it grapples with growing economic problems, especially in the important tourism sector that accounts for more than 10 percent of gross domestic product.

The United States urged its citizens to leave Egypt on Thursday and two of Europe's biggest tour operators, Germany's TUI and Thomas Cook Germany, said they were cancelling all trips to the country until September 15.

Underscoring the deep divisions in the country, local residents helped the army block access to Cairo's Rabaa al-Adawiya mosque, the site of the main Brotherhood sit-in that was swept away during Wednesday's police assault.

"We are here to prevent those filthy bastards from coming back," said Mohamed Ali, a 22-year-old business student.

Pro-army groups posted videos on the Internet of policemen they said had been tortured and killed by Islamist militants in recent days, including a bloodied, beaten police chief.

However, when a military helicopter flew low over Ramses Square, Brotherhood protesters held up shoes in a gesture of contempt, chanting "We will bring Sisi to the ground" and "Leave, leave, you traitor".

As the sound of teargas canisters being fired began, protesters – including young and old, men and women – donned surgical masks, gas masks and wrapped bandannas around their faces. Some rubbed Pepsi on their faces to counter the gas. 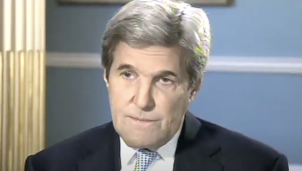