Breen, from his personal Twitter account, wrote, "To be clear, keith fired me with prejudice after i said jamie kirchik and eli lake remind me of pinky & the brain. i'm so sorry to both. [sic]"

Breen confirmed he sent the Tweets from what he described as his "bofa account."

"Of course I wasn't fired," he told the Washington Free Beacon.

Breen also responded to a tweet from a Free Beacon reporter asking about the Twitter spat, stating, "What happened is you're a punk bitch and you're even uglier than eli lake eyyyyyooo fuck you."

In an email exchange, subsequently posted in part on Twitter, Breen confirmed he had not been fired for sending the series of sarcastic Tweets.

He then asked a Free Beacon reporter to email him at his personal account for a comment.

Breen responded from that account: "You look like if hans moleman was a real person and not a simpsons character. i would reach out to mike casca on twitter dm. he'll probably go on record with you." 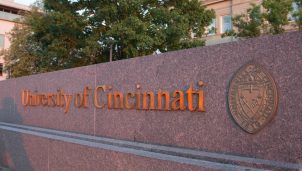